Sophia Loren: You Can Be Sexy at 81

After starring in nearly a hundred films and with a career that spans more than 60 years, Sophia Loren preserves the essence that has resulted in her being called “the sexiest woman in the world.” Today, she continues to be one of the premier icons of feminine elegance. 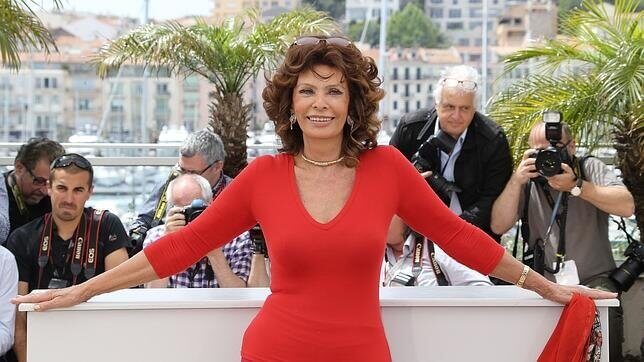 Sophia Loren, one of the most elegant and beautiful stars of world cinema, continues to be a clear example of the preservation of feminine beauty in spite of the passage of the years.

While she may no longer be the beautiful young woman who captivated the world with her talent, curves, and elegance, Loren, who is now 81 years old, still has the physique that distinguishes her as “one of the 10 sexiest women in the world.”

She shares this award with another timeless icon beauty who is also over 80: Brigitte Bardot (born in Paris in 1934).

A Celebration of Style

To celebrate this and their 81st birthdays, the famous stylist duo Dolce and Gabbana created a lipstick called Sophia Loren No. 1, with a cherry hue that has a touch of elegance and yet is still natural looking.

Domenico Dolce and Stefano Gabbana say that Sophia Loren No. 1 is a “gesture of love” for Loren as well as for “all women.”

In their advertising campaign, you see a smiling Loren wearing a black lace dress and a jeweled necklace. She’s also with the matching cherry lipstick (she chose the color herself).

The experience has been rewarding for the actress. She recognizes that it’s unusual for an octogenarian to be the centerpiece of a beauty advertising campaign.

Nevertheless, she refuses to be a beauty icon of the past. She won’t hesitate to accept the new challenges as they present themselves.

The stylists who made this tribute to her said it’s their “way of saying thank you.” This is because Loren is “the most beloved image of cinema and Italian beauty. She’s a perennial source of inspiration.”

Sofia Villani Scicolone, known throughout the world as Sophia Loren, was born in Rome on September 20, 1934. According to her memoirs, her interest in acting was inspired by the urgent need to escape the famine that resulted from the First World War

She eventually became a contestant in several beauty contests. She won titles such as Miss Principessa del Mare in 1949, Miss Eleganzza in 1950. In addition, she was a finalist of the Miss Italy contest in 1951.

After revealing her talent and beauty she entered the world of cinema. Thus, she took her first steps of a career that is still alive today.

In her interviews, she’s always proud of the fact that she still feels like a teenager, even while admitting that she’s 81 years old.

The Secret to Youth

It has nothing to do with lotions or other rejuvenation techniques. Sophia Loren confesses that in order to overcome old age, you must master your mind. You must bring forth all your talent and creativity.

The passage of time hasn’t been a point of concern or the cause for anxiety for the Italian actress.

Naturally, she has felt insecure at one time or another in the long history of her career. However, she faced her fears in the best way possible. She was always trying to start new projects and to make the most out of them.

Her memoir, Yesterday, Today, Tomorrow notes that she was the first actress to win an Academy Award for a performance in a non-English speaking film (the 1961 film Two Women).

For her, the key has been to embrace her success and enjoy aging.

She says that “Growing old can be enjoyable. It’s even fun if you know how to make the most of your time, if you’re satisfied with what you’ve accomplished, and if you continue to preserve your dreams.”

After starring in nearly a hundred films and with a career that spans more than 60 years, Sophia Loren preserves the essence. It is an essence that has resulted in her being called “the sexiest woman in the world.” Today, she continues to be one of the premier icons of feminine elegance.

Along with Sophia, there are other older stars who have also been featured in advertising campaigns in their honor.

Dietary Habits to Fight Premature Aging
Aging is inevitable, but some people can start earlier. Premature aging does not have a concrete cause, given that it's not rare to find people that notice their first wrinkles at 20 years old. But you can fight premature aging by improving dietary habits. Read more »

SCHREFFLER, Laura (2015). Sophia Loren Gets Her Own Dolce & Gabbana Lipstick. Retrieved from: http://hauteliving.com/2015/09/sophia-loren-gets-her-own-dolce-gabbana-lipstick/587275/