Six Ways to Connect with Your Significant Other

A good will is fundamental to reconnect with your significant other after an argument. You should not feel that you're losing the battle because in actuality, what you are doing is giving them a new opportunity. 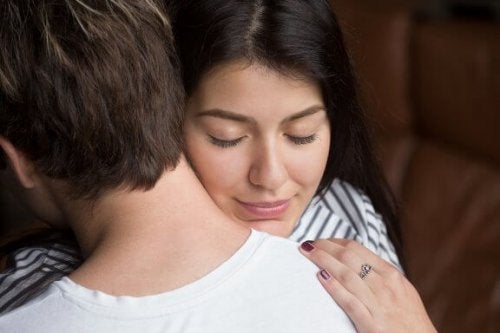 It’s no secret that relationships have their good and bad days. After a fight, some couples don’t know how to handle the situation. Would you like to find out ways to connect with your significant other again?

Having an excuse to show your love no matter who was at fault will allow you to connect with your partner again. Here are some tricks to take that first step.

How to Connect with Your Significant Other


Connecting with your significant other will allow you to revive and improve your relationship.

When you argue with your significant other and you’re very angry, the usual thing for any person is to separate themselves, go into another room or leave the house by slamming the door in order to ventilate.

As you physically distance yourself and brood on things, however, everything tends to get complicated and become worse.

Even though in that moment of anger you may not feel like doing so, try getting close and have physical contact to connect with your significant other.

Looking into your significant other’s eye, grabbing their arm or hand as you touch their hair or hugging them will activate positive feelings. This will help lower their tone of voice and the environment will feel less tense.

If the argument was very serious and you decided to spend some time alone, get close to them as soon as you can.

After a huge argument and despite what you could have said in order to calm things down, your body may show signs of annoyance that can prevent your significant other from responding positively.

For this reason, it’s necessary to identify and control a large number of gestures that put a barrier between the both of you:

Instead of maintaining this attitude, relax and look directly into the eyes of your significant other. If you can, smile to indirectly invite them to approach you without the fear of being rejected or getting into an argument about what just happened.

Read this article, too: The Most Common Reasons Why Couples Fight

3. Have a sense of humor

In order to calm the tension in the atmosphere when you argue and connect with your significant other, it’s important to have a little sense of humor. This is something that should be done in moderation, and try not to be sarcastic or annoying. That way, there won’t be any misunderstandings.

If there is something that both men and women like, it’s when their significant other has a good, funny, and playful sense of humor. You can say a joke or watch a funny movie. After doing so, you will gradually feel more relaxed.

If you want to restore the union and connect truthfully with your significant other, then being able to forgive is the best thing you should put into practice. In order for forgiving to actually work, you should do it with your heart.

Forgiving is a gesture of nobility that will pave the way for a new beginning between the you and your significant other. It will also open the path of acceptance that allow will you to recognize your own defects and think them over so don’t make the same mistakes over again.

Forgiving doesn’t mean feeling defeated or that your significant other is right when they’re wrong. Being able to forgive means giving another opportunity to continue with life as a couple in a space full confidence in order to move forward.

The tension and discomfort that comes from a couple’s argument can cause them to distance themselves. In order to connect with your significant other, you should have initiative to get closer to each other.

This is not the time for pride. Use kisses, caresses and cuddles as sentimental weapons. Feeling this moment of love and getting into each other’s arms after a fight, is a very comforting thing that helps soothe the wounds.

It also means to say what you feel with words. It’s as simple as saying “I love you,” “I don’t want to fight” or “I want is us to be happy” in order to prevent any further conflicts.

Check out this article, too: 5 Reasons Why Unhappy Couples Stay Together

We’ve all heard about “make up sex.” Even though it’s not advisable to fight just to have better sex, this is an excellent option to connect with your significant other.

It’s undeniable that the best way couples make up is usually after sex. This is due to the fact that this activity releases endorphins and eliminates stress.

It’s a good idea to try talking after sex. You might discover that, suddenly, the problems are no longer as serious as before.

Fights are normal, they’re outcome of differences between two people. What’s important is the attitude that you take on after making up. Love can do many things, but each person has to do their part. This way, you can prevent the relationship from going sour due to routines, day-to-day differences or problems that may arise.

5 Risks of Emotional Dependence on a Significant Other
Caring deeply for your significant other is healthy, but when you start neglecting your own needs, an unhealthy emotional dependence develops. Read more »
Link copied!
Interesting Articles
Relationships
What to Do if Your Partner Is Verbally Abusive