Simplicity is the Key to Educating Children

When educating children, expecting too much from them or giving them a series of responsibilities unfit for their age makes children experience feelings that are difficult to adjust to. 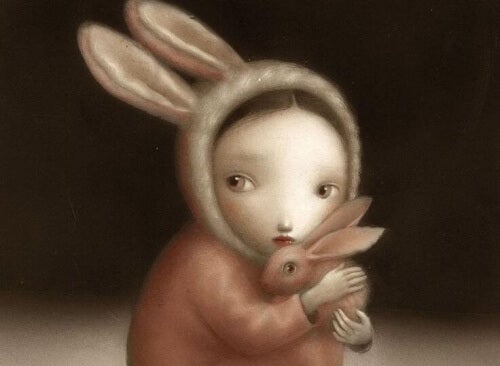 Educating children has changed a lot over the years. There are a lot more choices and resources available now that help open perspectives to a more promising future.

Many Issues Begin in Childhood

With so many things in excess right now, children have begun to develop problems that, until now, only affected adults.

Stress, depression, and difficulties concentrating are only a few of the obstacles that are becoming more prevalent in younger children.

Are children to blame for this? Are we educating children correctly?

The truth is that this question isn’t about how to raise our kids, but how to slowly give them what’s in front of them.

Surely, you’ve heard a child say they don’t have time, they’re involved in three extracurricular activities and several other things that only “limit” their childhood.

Childhood is a time to be experienced and enjoyed, just like many other times in life. Childhood is also very important because this is when the majority of their psychological development takes place.

If they become overwhelmed and start to develop symptoms of stress and depression, then something is going wrong. Plus, they could develop psychological or behavioral disorders in the not-so-distant future.

When “a Lot” Becomes “Too Much”

Children today are “safe.” Their only worries consist of fights with their parents, going to school, and dealing with the list of activities that they’re signed up for.

But what’s going on, then?

If they’re “safe” and living “well,” why do they experience so many problems?

Children have learned to be cautious; a lot of kids have even lost that innate curiosity that makes life so magical

The big problem is that they are exposed to large flows of information that are hard to process. It’s even hard for us. That’s why being exposed to so much stimuli causes such stress that they’re incapable of processing.

All this causes children to grow up quickly by going through their different stages without enjoying it. They don’t experience their childhood the way they should, which could cause them serious problems that are difficult to solve later on.

Educating Children and When it Becomes Too Much

To summarize, you could say that this excess is based on four fundamental things that cause all these problems when educating children:

Educating children means that the parents need to be the responsible ones.

However, before saturating small children with all this and exposing them to stress that older people feel, it’s important that you let them live.

Childhood can only be experienced once. It’s a time to enjoy, to build friendships, and grow, but much less aggressively in future generations.

If you already suffer from stress, anxiety, and depression from an early age, what’s going to happen when you’re older?

5 Effects of Fighting at Home on Your Children
Fighting at home can have some very harmful effects on the health and development of children. In this article, we'll dig deeper into this topic. Read more »
Link copied!
Interesting Articles
Children
4 Habits that Affect a Child's Brain Development