Scientists May Have Found a Possible Source of Depression

What if the probability of suffering from depression were determined by internal factors?  According to a recent study, it's possible that there are different cerebral connections that cause this condition. This may be the physical source of depression. 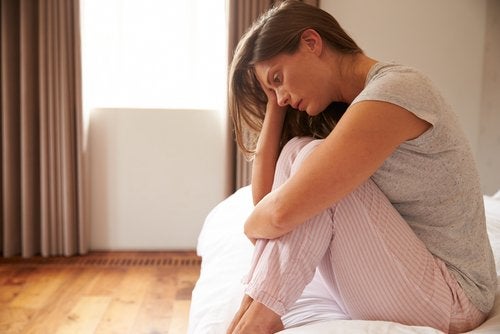 A scientific advance may have found a possible physical source of depression in the brain. The discovery may give rise to theories that change the treatment and perception of mental illness. This would be a big step in the understanding of the physical cause of depression.

This part of the brain is activated when suffering punishment or when it does not receive rewards.  Because of this, it is thought that depression may be associated with the feeling a person gets when not being rewarded.

Studying the Sources of Depression

“At least one out of ten people suffer from depression throughout their lives. Depression is an illness that is so common in modern society that we can even find traces of Prozac (an anti-depressant) in the tap water in London.”

“Our discovery, with the combination of much data through out the world and our new methods, allows us to locate the source of depression.

This should open new paths for better therapeutic treatments in the near future and therefore enable us to treat this terrible illness.”

Results of the Study

This technique showed the activity of the connections between the different parts of the human brain affected by depression. This included the orbital frontal media cortex and lateral.

The orbital frontal lateral, which is associated with lack of rewards, showed a stronger connectivity in the depressed group of subjects.

These discoveries regarding the connection between depression and these connections in the orbital frontal cortex will be very useful for developing better treatments.

Don’t forget to read: Birth Control Pills May Cause Depression

The Source of Depression

This important study has demonstrated that this part of the brain, the orbital frontal cortex, is activated when a person suffers severe punishment or when a desired reward is not received.

Because of this, experts believe that depression may be associated with these perceptions.

The discovery may enable us to try new ways to treat and perceive this mental condition. At the same time, this provides important steps to understanding the physical cause of depression.

Other Factors that Have an Impact on Depression

There’s no one thing that causes depression. In reality, some people are more prone to having depression than others, and there are a wide variety of possible causes and risk factors.

Therefore, there are various possible causes that attempt to explain this predisposition:

Environmental factors as a Possible Source of Depression

If you or a loved one suffers from depression, never hesitate to get some help. It’s the best way to recover and feel great again!

8 Tips to Naturally Overcome Sadness and Depression
Discover 8 tips that you can use to overcome sadness and depression naturally in this article, without resorting to drugs with dangerous side effects. Read more »
Link copied!
Interesting Articles
Illnesses
Do You Know about the Genetic Basis of Cancer?