Chronic obstructive pulmonary disease is one of the main causes of cor pulmonale but there are several others. Continue reading to find out more about the consequences of this condition. 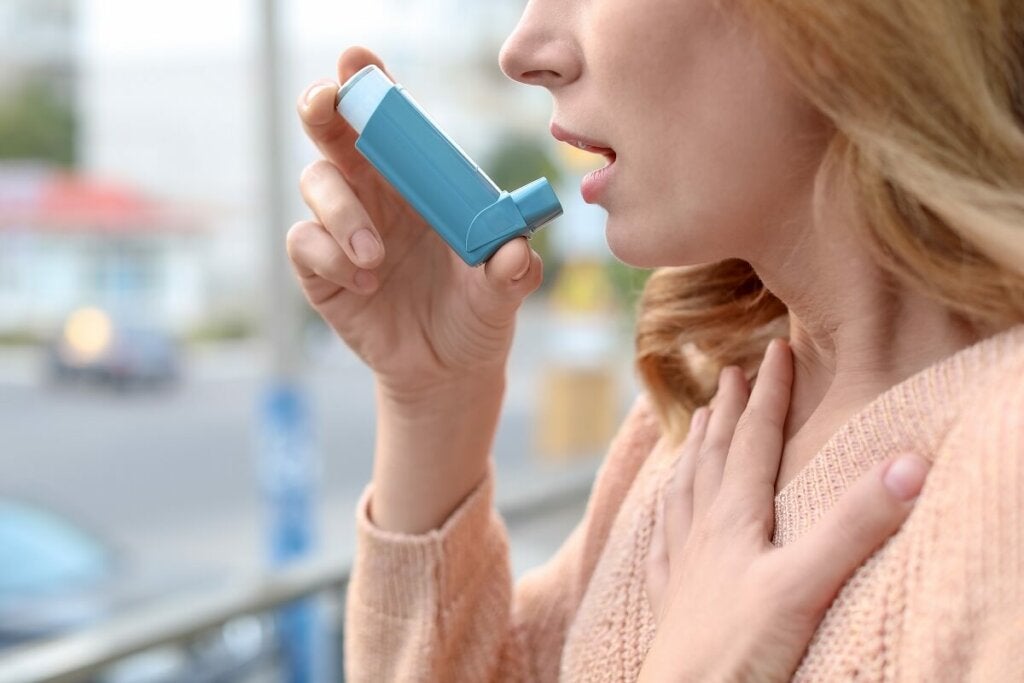 Cor pulmonale is a condition characterized by damage to the right side of the heart as a consequence of severe pulmonary diseases. It causes fluid retention and progressive respiratory distress.

Therapeutic options are limited, as it’s necessary to solve the underlying problem. Continue reading to find out more about this interesting condition.

These depend on the severity of the disease and are the product of both the underlying pulmonary condition and the associated cardiac lesions. Therefore, it’s common in those with a respiratory difficulty (dyspnea) of progressive onset.

Initially, this may occur during moderate-intensity physical activity, such as walking long distances or climbing stairs. It may even happen during rest in more severe cases.

Once cardiac damage begins, there’s swelling due to fluid accumulation (edema) in various parts of the body, such as the lower limbs. Engorgement of the jugular veins, located in the neck, and enlargement of the liver (congestive hepatomegaly) are also common signs.

This condition is due to a wide variety of diseases that affect the proper functioning of the lungs. This includes both disruption of the vascular system and bronchopulmonary tissue.

As its name suggests, this condition involves progressive lung damage resulting from constant inflammatory reactions. According to the World Health Organization (WHO), it’s one of the main causes of mortality worldwide. Also, the most important risk factors for its development are long-term smoking and exposure to biomass combustion. The latter occurs when cooking with wood.

The main symptoms of COPD are dyspnea, productive cough, and a tendency to respiratory infections. Lung damage results in reduced oxygenation of the blood and may require permanent oxygen therapy.

There are several associated comorbidities, cor pulmonale being one of them. This aggravates the prognosis, as treatment of both conditions is difficult.

This is a disease with a strong genetic component that, despite being able to affect several systems, finds the most relevant in the pulmonary area. Its main characteristic problems are secretions, especially in the mucus naturally produced in the respiratory tract.

As you can imagine, this increases the frequency of fatal respiratory infections, such as those produced by Pseudomonas aeruginosa. The damage is usually so obvious that cystic fibrosis is most often diagnosed in the first months or years of life.

As the disease progresses, it’s common for pulmonary hypertension to develop and lead to heart failure. Also, there’s a common index of mortality in children diagnosed with cor pulmonale, according to studies.

This term describes a group of disorders that cause fibrosis and progressive failure in almost any organ. Fibrosis is a repair process that generates tissues without a specific function.

Dermatological reactions are the most frequent, despite the fact that the lung is one of the most affected internal organs. It results in diffuse interstitial lung disease and also leads to pulmonary hypertension, as in the previous case.

From an epidemiological point of view, scleroderma usually affects women between the ages of 30 and 50. There’s no definitive cure and treatment aims to relieve the symptoms and reduce the associated inflammatory phenomena.

Physicians use a combination of clinical and paraclinical elements to make a diagnosis. The cardiac lesions in the cor pulmonale affect a cavity, the right ventricle, and anatomy refers to them as hypertrophy and dilatation.

These can be suspected by means of a simple chest X-ray and an electrocardiogram. It’s then confirmed with an echo-sonogram or via magnetic resonance imaging.

Pulmonary hypertension that occurs initially is confirmed by right heart catheterization. This technique consists of inserting a thin tube through a vein either in the groin region, neck, or arm. The technician toggles it to reach the right side of the heart in order to measure its pressure.

Have you heard about the Six Habits that Damage your Lung Health?

Therapy is complicated in most patients, which explains the associated high mortality. As cor pulmonale is secondary to another condition, the most effective approach involves eliminating or diminishing the factors that cause cardiac damage. This may be impossible in severe cases and might require a lung transplant.

Depending on the clinical context of the patient, there are medications to relieve symptoms pertaining to fluid retention. Diuretics are useful, although there are some contraindications that the attending physician must assess.

There are many medications to treat pulmonary hypertension (such as pulmonary vasodilators). These aren’t usually effective for diseases that generate cor pulmonale as a complication.

It’s enough to avoid the risk factors for pulmonary pathologies in order to prevent this condition. Some effective habits are:

Cor pulmonale is a serious condition that requires prompt medical evaluation. Consult a specialist as soon as possible if any of the symptoms mentioned above are present. Cardiologists are the professionals you must seek for this purpose.

Are There Bacteria in the Lungs?
When there are bacteria in the lungs, the person usually has symptoms such as a cough, fever, chest pain, nausea and vomiting. Read more »
Link copied!
Interesting Articles
Illnesses
Do You Know about the Genetic Basis of Cancer?