Resveratrol, an Excellent Shield for the Brain

Resveratrol alleviates cardiovascular problems, lung problems, is a complement against cancer, obesity, diabetes, and it even improves brain health. 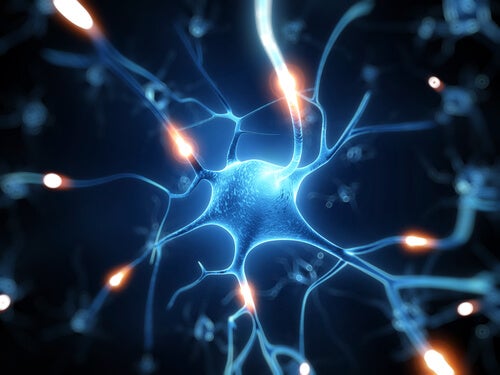 I bet it sounded like a joke the first time you heard about it…a medication that works for everything?  Hmmm…how strange!  According to its advertising and sales, Resveratrol is the wonder that everyone has been waiting for.

It alleviates cardiovascular problems and lung problems. It is also a good ally in the fight against cancer, obesity, diabetes, high cholesterol, and it even improves brain health.

Of course, I was mistrusting too, until I did a little bit of research and discovered that I had already been ingesting this substance all my life!

I’ll tell you all about it in the following pages because I’m sure you want to know how Resveratrol in an excellent shield for the brain.

Resveratrol: What is it and how does it work?

Resveratrol is an enzyme produced by plants as a defense against bacterial and fungal attacks.  It has a complex structure also present in oysters, peanuts, blackberries, walnuts, blueberries, grapes, and derived products like wine and grape juice.

And we’ve always been consuming it without even knowing about its wonderful properties!

This molecule was discovered in 1940 and initially was only used in cancer treatment therapies.  It showed an incredible ability to regulate redox signals and to interact with cells from different tissues.

Currently, resveratrol is the topic of several studies because on an experimental level it has proven to provoke the most varied beneficial anti-cancer, anti-aging, and against inflammation effects, among several others.  Its antioxidant properties have especially made us think it is the cure against cellular aging and against the body’s general deteriorating.  Capsules and creams that contain it are now being sold around the world.

These pharmaceutical products are not medications, but rather dietary supplements prepared by naturally drying the skin and seeds from black grains and roots of other plants.  It is said the resveratrol is the stronger antioxidant around and protects against free radicals.  This causes as a result noticeable anti-aging effects, but…What’s the truth in all this?

I consider facts regarding such a controversial subject to be the effects that have been proven on an experimental level and which are not based solely on interpretations.

It has been proven that Resveratrol:

These results still have not been observed in humans.  Experiments are done daily that, from one moment to another, could give the response that we are all waiting for.  But in the meantime, all we can do is sit and wait with open eyes.

It is currently being studied if Resveratrol can:

Resveratrol, an excellent shield for the brain

I bet you’re asking about the detail that caught my interest so much, which is why I wrote this article.  Ah!  Well, it’s because resveratrol strengthens and protects one of the most important organs in our bodies: the brain.

Brain cells require a constant supply of oxygen in order to stay healthy and to function properly.  But oxygen absorption isn’t always what is needed to think, learn, and even to have a good memory.  So, resveratrol, in certain doses, causes an increase in blood flow to the brain and better use of oxygen in this area.

Other good news is that, according to different studies, it can help fight accelerated cellular degeneration. Scientists indicate that resveratrol acts as a shield that protects brain cells. Which prevents death due to lack of oxygen during conditions such as apoplexia, preventing DNA damage. In addition, it also counteracts the degenerative effect that occurs in the brain when suffering from dementia illnesses like Alzheimer’s.

It also decreases the possibility of suffering from them.  Yet, it is important to point out that these results have only been obtained in the laboratory, under controlled conditions and with a much higher dosage than what is available in food.

A last bit of advice

So now you know what resveratrol is and isn’t.  It has a lot of wonderful properties, but the other properties that are claimed in pharmaceutical products still haven’t been proven.  Before going to buy it, remember that sufficient studies have not been carried out yet.

Finally, we hope you liked this article, for more information on health and remedies click below!

The Benefits of Reading at Night for Your Brain
You may have heard about the benefits of reading for your brain, but what about reading at night? We'll take a look at the benefits in this article! Read more »
Link copied!
Interesting Articles
Did you know?
New Year's Traditions Around the World

Interesting Articles
Healthy diets
Food to Include in the Hashimoto's Diet