What is Restrictive Food Intake Disorder?

To prevent avoidant/restrictive food intake disorder, you should set a good example for your children and eat all kinds of foods. That way, they will imitate you and suffer from fewer problems. 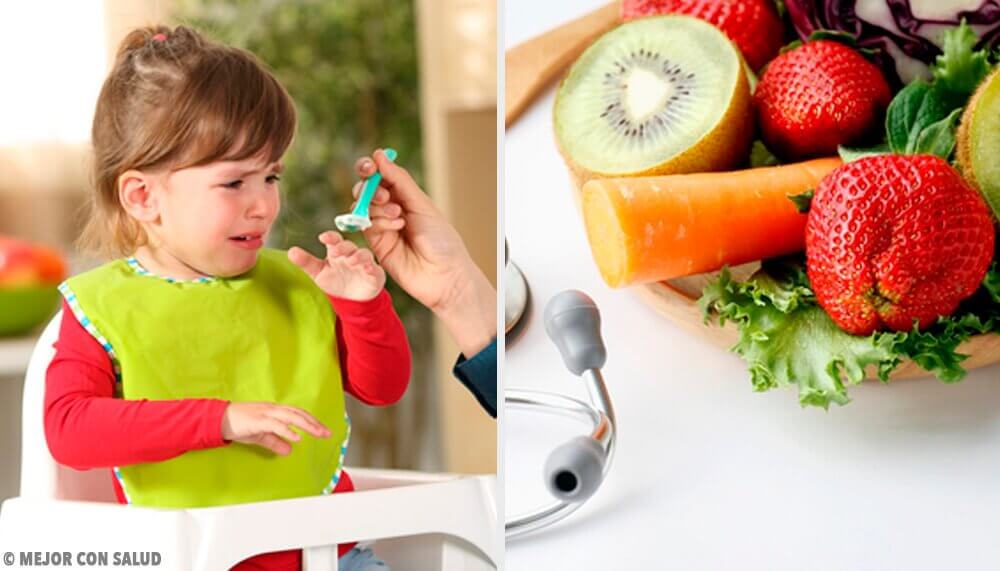 Mostly suffered by children, restrictive food intake disorder is when a person doesn’t eat certain foods on a whim or just eats a handful of foods. It can cause many future problems, such as anorexia or bulimia. Find out more about this disorder in this article.

What is Avoidant/Restrictive Food Intake Disorder?

It’s a disease that begins in childhood and that avoids or reduces the intake of certain foods.

Related to whims or bad manners, avoidant/restrictive food intake disorder leads children to eat only what they want and to not accept foods that “they don’t like.”

In most cases, “approved” meals are hamburgers, French fries, pastries, and pizzas. “Not approved” foods are fruits and vegetables.

Many children will feed on junk food and will never try broccoli, apples, or lentils.

It should be noted that this disorder results in nutritional deficiency due to the fact that the child isn’t consuming the sufficient vitamins, proteins, and nutrients that the body needs.

Avoidant/restrictive food intake disorder may be “masked” in a supposed freedom of the child to eat what he likes. However, although the child doesn’t want to eat fruit, he should do it for his own sake and for a better development and growth.

A person’s future depends on what they eat during their childhood. A child that’s a “picky” eater will have a bad academic performance, will get sick often, and will be short.

This disorder is automatically associated with a nutritional problem and lack of nutrients.

However, it may also be associated with bulimia and anorexia because it’s a syndrome that requires medical attention.

Due to this fact, it’s necessary for children who refuse to eat certain foods, although their parents insist they do so, to visit a therapist. A nutritionist or pediatrician should also evaluate the child.

Children use this food selection to express themselves or communicate. “Between the lines”, there’s a core problem that needs to be addressed.

Crying in front of a plate of chards, spitting out food if it contains carrots, or screaming during dinner time are behaviors that tend to be stressful for parents.

Since they don’t want to see their children suffering, they choose to cook them only what they accept. Although the parents’ attitude and intentions are good, they’re actually harming them more than they think.

The problem will escalate and, in no time, your child will only want to eat two or three things.

How to Detect Avoidant/Restrictive Food Intake Disorder in My Child?

It’s more common in boys than in girls and, in addition to not wanting to eat certain foods, other symptoms occur:

What Causes Avoidant/Restrictive Food Intake Disorder? How Can We Prevent It?

There is no single trigger for this syndrome, but problems with the parent-child bond can cause it.

We recommend that you read: 7 Reasons It’s a Good Idea to Add Eggs to Your Diet

One way to express their dissatisfaction, draw attention, or ask for affection is choosing their food or crying during meals.

Stress, trauma, or lack of care from parents also triggers this problem.

However, overprotection can also cause this disorder. Children who don’t take “no” for an answer and do whatever they want may suffer from this disorder.

Other causes of this syndrome are: not establishing rules or limits, compensating for a lack of attention or time with permissiveness or gifts.

To prevent those “I don’t like this”, “I don’t eat this”, or “I don’t want this” during dinnertime, parents or guardians must be clever and patient.

When they say “no” the first time, threatening them or saying things like “You’re going to eat this because I say so” isn’t very helpful.

It’s good to know that children imitate their parents and the adults around them.

Therefore, if the mother, father, or older brother select the foods on their plates or say that they don’t like certain foods, the child will surely reject those same foods.

The family diet must consist of all kinds of ingredients and if, for example, one parent requires a different menu, either involve the child in this process or exclude him entirely from the conversation.

Trying different recipes, preparing fun and colorful dishes, and encouraging them to help you cook meals are excellent ways to teach your children to eat all kinds of foods.

Offering them fruits and vegetables since childhood and not always feeding them carbohydrates, fats, and sugars help to improve their health, achieve better development, and avoid eating disorders.

Link copied!
Interesting Articles
Illnesses
Is it Possible to Be Allergic to Electricity?