Restful Sleep - How Much Do We Really Need?

How much restful sleep do we really need? How many hours should we rest per day? The truth is the current pace of life has taken away those sleep habits that guarantee good health. We invite you to continue reading and find out some answers to these and other questions. 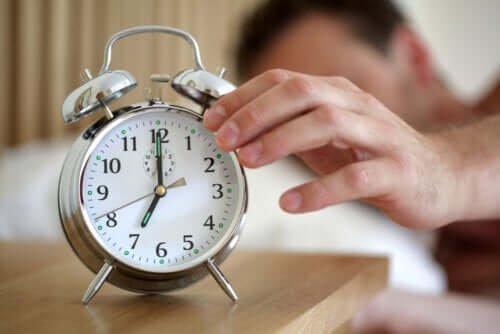 How much truly restful sleep do we really need? Indeed, the saying “I’ll sleep when I’m dead” is popular as many people think doing so is a waste of time. They’re convinced they should use it in something “productive.” What do the experts say though? How long are we supposed to sleep, according to science?

You’ll be surprised to learn the scientific verdict in regard to how much rest humans need in order to remain healthy and productive.

Oftentimes, wrongly, people postpone sleeping hours in order to work, study, or exercise. They’re convinced that they can be more productive if they use their resting time that way. The opposite is true though, sleeping has a huge impact on your health.

Why is it important to sleep well?

There are many health benefits to sleeping enough and your body will thank you for it.

Depression is associated with stress hormones, such as adrenaline and cortisol. Furthermore, few hours of sleep increase the production of these hormones. A relaxed properly rested body facilitates the presence of melanin and serotonin.

The latter substances counteract the negative effects produced by stress and help you feel better and emotionally whole.

Check out these Five Tips to Prevent Sleep Paralysis

This point is related to the previous one since insomnia raises blood levels of stress hormones. In turn, it produces an increase in blood pressure and heart rate.

In this respect, stress is considered a risk factor for cardiovascular disease.

The neurons work in all of them although it’s in the last one that the short-term memory is restored and fixed to become long-term memory. Some studies revealed that taking a nap right after studying leads to improvements in this regard.

Leptin is the appetite-suppressing hormone and fat cells called adipocytes don’t release enough of it when you don’t get enough restful sleep.

Likewise, insomnia causes the stomach to release more ghrelin — the appetite hormone. This is why lack of sleep is closely tied to obesity.

The immune system is another system that works while we sleep because it regenerates and strengthens itself to fight any germs and toxins lurking around. That is to say, you can better prevent infections if you sleep as you should.

How much restful sleep should humans get according to science?

As you can see, rest impacts almost all the systems that make the body function. This is why your mental, physical and emotional health both depend on the quality of your sleep, as well as your level of productivity.

Surely you’ve heard the theory that states that you should sleep eight hours a day. This comes from 1938, when Nathaniel Kleitman, a researcher, spent a little over a month in a dark cave with one of his students. They realized they slept between eight and eight and a half hours a night when analyzing their sleeping habits.

Several studies support the fact that sleeping a certain amount of hours brings health benefits. For example, it’s been proven that poor sleep patterns negatively alter academic performance in students. The same applies to the workplace.

In addition, some research confirmed that mortality is lower among those who sleep seven to eight hours a day and higher for people who sleep less than four.

An extra hour of sleep can be a determining factor in the quality of life. The fact that you perform as expected during the day, having slept less than eight hours, doesn’t mean it’s good for your health.

Read about Sleep Spasms and How to Avoid Them

What happens when you don’t get enough restful sleep?

Negative events happen when you don’t get enough sleep — from health disturbances to mental and emotional complications. The consequences are more serious than you might imagine.

Here are some of the things that happen when you don’t get the recommended amount of sleep per day:

How much restful sleep should you sleep according to science?

Now that you have the information, you know that an extra hour of sleep can be very good for your health, work, and pretty much any activity you engage in.

Adults need eight hours of sleep and babies need 13, while adolescents need nine. Multiply these hours over a lifetime and you’ll soon discover we must spend a large part of our existence sleeping.

The question is whether it’s worth investing all this time in rest in exchange for a healthier life. Poor sleep takes a toll on the body and soon it’ll be too late to reverse the damage.

Understanding the Four Stages of Sleep
The stages of sleep are the periods in which changes occur while we're asleep. Many people believe that we're in a state of lethargy. Read more »
Link copied!
Interesting Articles
Healthy habits
How Does Caffeine Affect the Brain?