Bitter Gourd: Some Evidence for Anti-Cancer and Anti-Diabetes Properties

Bitter gourd is a species of cucurbit that people often consume as a tea. According to some, this plant has properties that could fight cancer and diabetes. 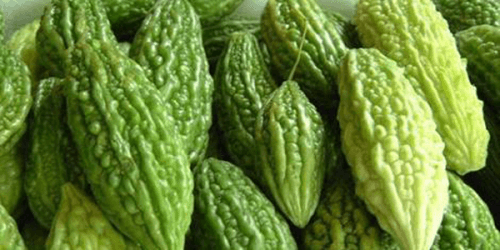 Bitter gourd is a species of cucurbit of tropical origin that people often consume as a tea. According to some research, this plant has some interesting properties that might be able to fight cancer and diabetes.

Further than that, it may have beneficial effects on a variety of different health problems. This tea is popular in Africa, Asia, and Latin America. Consuming it regularly may also help lower blood sugar levels in people with diabetes.

How does bitter gourd help with diabetes?

Some experts recommend this tea for helping to curb blood sugar imbalances, such as those associated with diabetes. Its high antioxidant content may reduce blood sugar levels, making it perfect for sufferers of type II diabetes.

Researchers have found that bitter gourd improves metabolic efficiency through its effect on glucose metabolism.

What about its effects on cancer?

After conducting many studies on the anti-cancer properties of bitter gourd , it was found that this plant possesses anti-cancer benefits that inhibit the growth of breast and other types of cancer cells.

According to the study published by the magazine “Cancer Research”, scientists discovered that bitter gourd extract has the ability to inhibit the growth of cancer cells.

This is thanks to its high antioxidant content that helps protect the cells of the body. Limited research indicates that it could reduce the damage caused by free radicals, poor nutrition, environmental toxins, smoking, etc.

Another study conducted by the University of Colorado administered doses of bitter gourd extract to rats with cancer. It produced a 64% reduction in the size of pancreatic tumors without any side effects.

Nevertheless, that research has not identified bitter gourd as a cancer treatment for humans. Most of the existing studies have used rats or other ways to determine the plant’s effects on cancer cells. However, initial research is promising.

Side effects of bitter gourd tea

Bitter gourd tea is not recommended for pregnant women, as some experts believe that some of its components can cause miscarriages.

Consuming bitter gourd tea over a long period of time increases your risk of developing inflammation of the liver. Even though the tea isn’t harmful to liver tissue, it raises levels of liver enzymes. This can cause health problems such arteriosclerosis, or hardening of the arteries.

Other less serious side effects include nausea, vomiting, diarrhea, and stomach ulcers. This tea can be toxic to children and should only be administered to them under a physician’s supervision.

How do I make this tea?

Bitter gourd tea can be found commercially as a powder or an extract. To make the tea, you should boil a liter of water and add one or two tablespoons of powder. Let sit for 6 to 10 minutes and then drink.

You can also find it in capsule form, and some people may find this preferable.

Other benefits of this vegetable

A Recipe for Chicken Breast and Fruit Gastrique
If you feel like cooking something different that's both tasty and easy to make, the chicken breast recipe below is the perfect choice! Read more »
Link copied!
Interesting Articles
Medicinal plants
Nux Vomica: What You Need to Know