Five Natural Remedies to Get Rid of Vaginal Odors

These remedies should neutralize vaginal odor. However, you might want to consult your doctor if they don't. Continue reading to find out more about them. 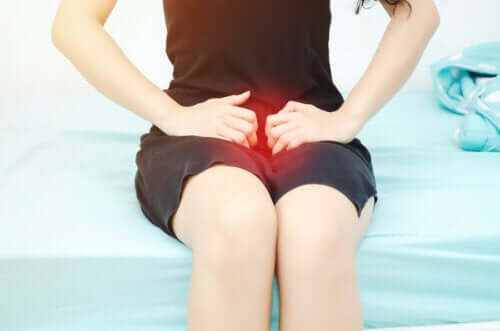 Foul vaginal odors are a common problem that every woman has experienced at some point in her life. In fact, it is one of the most frequent reasons for gynecological consultation worldwide. In general, it may be accompanied by other symptoms such as itching, burning, and vaginal discharge.

If so, professional care is essential, as it may be caused by infections that require specific medical treatment. Our remedies below will help you temporarily soothe the problem, but they won’t be enough if the root of the problem is serious.

According to information published on the Cleveland Clinic website, vaginal odors can be caused by infection or inflammation. Often, this occurs because certain factors generate an imbalance in bacteria that normally inhabit the vagina. Among the most frequent causes are the following:

Of course, vaginal odors don’t always indicate a serious problem. Sometimes it’s simply a sign of hormonal imbalances or from diets rich in foods such as garlic, onions, flour, etcetera. In addition, sometimes it’s a symptom influenced by other factors.

Before trying any of these remedies against vaginal odors, it’s important to readjust your habits of intimate hygiene, because many times this symptom arises from there. In this regard, the Mayo Clinic recommends:

However, according to the same entity, it’s important to seek gynecological help, especially when the bad odor is accompanied by other symptoms.

Although these natural remedies help soothe it, they aren’t a first-line treatment and aren’t a substitute for conventional treatment. Therefore, the professional’s recommendations should be followed first.

Apple cider vinegar is an acidic ingredient that has shown activity against some types of fungi and bacteria. It should be used in moderation, in small amounts, since in excess it can be irritating. However, according to anecdotal data, it may be useful in regulating vaginal pH alterations.

In fact, in a case published in the journal Alternative Therapies In Health And Medicine, a 32-year-old woman overcame the symptoms of vaginal infection by using apple cider vinegar. Its application took care of the bad odor, itching, and pain in the area.

Did you know about these Remedies for Vaginal Itching and Burning?

Tea tree oil is another recommendable for fighting bad natural odor because it’s anti-fungal and antiseptic. This is because it helps against vaginal odor caused by vaginal infections. It also reduces inflammation.

In particular, this oil is useful in treating infections caused by Candida albicans strains, as detailed in a study published in BioMed Research International. Thanks to its antifungal activity, it helps stop the growth of these yeasts and helps with recovery.

As detailed in an investigation published in the European Journal of Obstetrics, Gynecology and Reproductive Biology, vitamin C applied vaginally has the ability to increase the acidity of the vagina, inhibiting the growth of bacteria associated with bacterial vaginosis. Therefore, this remedy can serve as an adjuvant for vaginal odors.

Fenugreek is one of the natural ingredients that can help against this symptom. The reason? According to a publication in Molecular Nutrition & Food Research, this plant has anti-inflammatory, antibacterial, and antifungal properties that, in this case, could help stop the growth of infectious microorganisms.

Learn how to Make Your Own Homemade Deodorant

According to information published in Current Medicinal Chemistry, neem has antiviral, antibacterial, and antifungal properties that could be useful to inhibit the growth of fungi and bacteria in the intimate area. For this reason, some suggest that it reduces vaginal odors.

In addition to using the above-mentioned remedies, there’s another series of basic care that can help eliminate vaginal odor. If you have this problem, put them into practice.

These natural remedies to help you get rid of vaginal odors can be useful to control the symptoms while seeking gynecological care. This is important because many times bad odors are a sign of a larger problem, such as a bacterial or yeast infection.

4 Techniques to Stimulate the Clitoris
Aside from techniques to stimulate the clitoris, communication with your partner is essential to enjoy fulfilling sex. Read more here. Read more »
Link copied!
Interesting Articles
Other treatments
Natural Remedies to Fight Vaginal Boils