In this article we're going to show you a range of methods to make a delicious orange flan. This dessert will be a success at your dinner table and will delight all your guests. 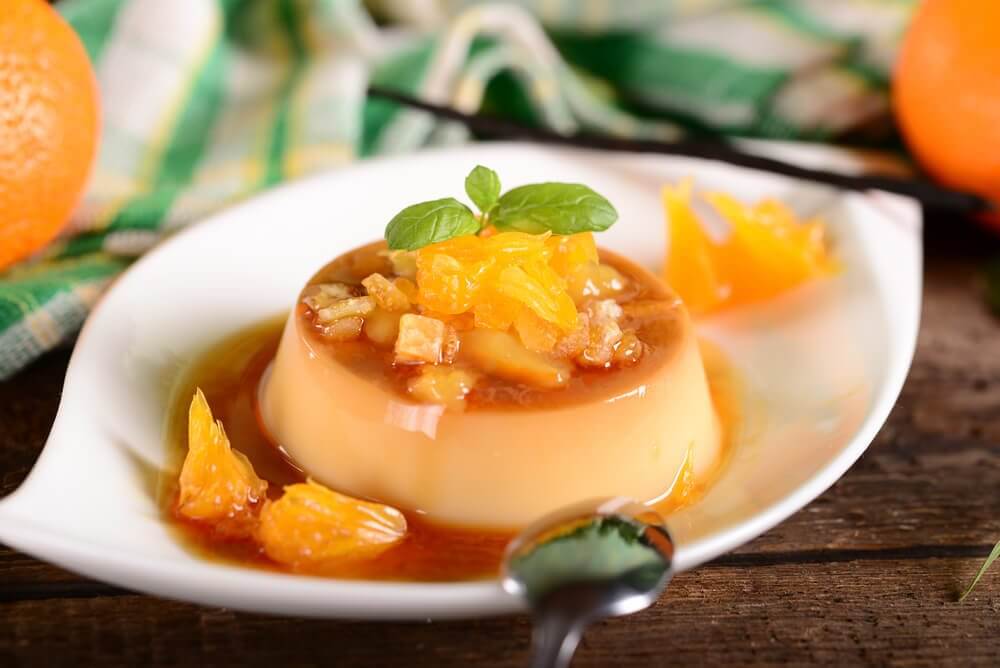 Did you know that you can make Spanish orange flan in several different ways? Well, you can, and it’s very easy. You won’t need many ingredients and you can work with the utensils you have in the kitchen. The steps are very easy to follow so there’s no excuse not to give yourself the opportunity to make this delicious dessert which will please palates all round.

By following these instructions, you can bring a delicious Spanish orange flan to life in a matter of minutes. Are you ready to get to work? Let’s get started!

As the EcuRed Encyclopedia points out, the Spanish orange flan is a dessert whose preparation is quite similar to that of a classic Spanish egg flan (similar to creme caramel) but adding the citrus flavor of oranges. However, they also point out that other citrus fruits such as mandarins or clementines can also be used.

In any case, it’s a perfect dessert to enjoy with your family on special occasions. Its main ingredient, orange, is rich in vitamins A, C and E, potassium, magnesium and antioxidant substances that benefit health, according to a study published in the Journal of Agricultural and Food Chemistry.

They also contain milk, which according to a publication in Food & Nutrition Research, helps to meet our body’s nutritional requirements. However, we should point out that, like any dessert, it contains sugar and fat, and they should be taken in moderation.

We would even suggest that you consult your nutritionist first, since these types of desserts are not suitable for all types of diets. However, if you are healthy and eat well, you can probably enjoy it without any problem at all. Here’s the recipe!

To prepare this first version of a delicious orange flan, you’ll need the following ingredients to make four portions:

How to make the caramel

Making the flan in the oven

Making the flan in the microwave

How to make a thick orange syrup

To intensify the orange flavor in the flan, you can complicate the recipe a little by also making an orange syrup.

With these guidelines, you’ll be able to make this delicious orange flan, which you can finish off decorating on the plate with a few strips of orange peel or slices of orange. Why don’t you have a go at making this deliciously healthy orange-based recipe.

Learn How to Make A Delicious Lemon Cream Pie
Making an exquisite lemon cream pie doesn't just mean offering something heavenly. Lemon is well-known for being a citrus fruit that provides many benefits to the body. Therefore, what better way to eat this fruit than to have it in desserts? Read more »
Link copied!
Interesting Articles
Desserts
How to Make Dairy-Free Coconut Ice Cream