Read About the 5 Most Common Sexually Transmitted Diseases

Read About the 5 Most Common Sexually Transmitted Diseases 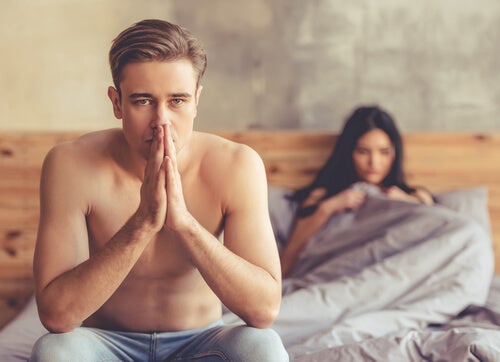 To prevent sexually transmitted diseases, it’s essential to use condoms, including during oral sex. This is the only way that you can be sure to reduce the possibility of being infected.

Sex is an enjoyable activity.

Nevertheless, there’s a big problem if we have sex recklessly: sexually transmitted diseases, commonly referred to as STD’s.

Even though some of theses diseases are easy to cure and in a short time disappear, others can be truly problematic for life.

Here, we’ll discuss the most common symptoms. Be aware of them and alert to any possible sign.

Bacteria causes chlamydia. It doesn’t have severe symptoms and can be confused with several types of infections.

The main problem with chlamydia is that if it is not treated on time, it can cause sterility and harm feminine reproductive organs.

Symptoms of chlamydia in women

•   Vaginal bleeding after intercourse or between periods

Also read:  HIV virus was completely eliminated from the blood of a British patient.

Symptoms of chlamydia in men

•  Burning or itching around the opening of the penis

Genital herpes is an STD caused by the herpes simplex virus. Once this virus is contracted, it stays in the body forever.

Occasionally, outbreaks of blisters and ulcers will appear in the genital and rectal area.

After a time the blisters occur less and less. The symptoms are the same for men and women:

Gonorrhea is another bacterial STD that is quite common.

This bacteria is produced in humid and warm places. Because of this, gynecologists tend to find it in the cervix and the fallopian tubes in women.

In men, it tends to develop in the urethra.

Other areas where it can develop are the mouth, the eyes, the throat and the rectum.

If not treated on time,  gonorrhea can cause permanent problems for both men and women.

Symptoms of gonorrhea in women

•  Pain, swelling and sensitivity in the testicles

•  Whitish, yellowish or greenish secretion from the penis.

HIV is a virus of the human immune system and can develop into AIDS.

It attacks the immune system to the point of destruction. That’s why it’s absolutely necessary to avoid it or treat it as soon as possible if contracted.

It’s important to realize that HIV as well as AIDS are STDs that can be medically treated in order to control them.  However, there is no definitive cure for these conditions.

The danger of HIV and AIDS is that it can be contracted without presenting any symptoms for 10 years after contact.

The only way to rule out the presence of these conditions is to do the corresponding medical tests. These are very simple and merely consist of a blood test that is practically painless.

The symptoms of HIV are:

•  Bumps on the skin and ulcers in the mouth

•  Out of the ordinary bruising

Also see: The HIV Virus Was Completely Eliminated from a British Patient’s Blood

The last STD we want to mention is the human papilloma virus, or HPV.

Even though many consider HPV to be the most serious, some strains of HIV are impossible to treat. Others can cause cancer in the area it attacks when treatment isn’t given in time.

Luckily, there is a vaccine for:

If you are not in theses ages ranges, the vaccine doesn’t make much sense for you. In this case, it will be vital to always use barrier contraceptive methods. This also includes oral sex.

•  Warts in the throat

Reduce you changes of getting any STD

Since many STDs present no symptoms, many people have a disease without realizing it.

The best option to avoid them is abstinence. However, you probably don’t want to give up sex, in which case we recommend the following:

•   Have an annual exam. Visit your gynecologist or urologist to have an exam each year.

•  Speak honesty with your partner. As much as you like your new partner, it’s important to ask directly if s/he has had any STDs.

6 Situations In Which You Shouldn’t Have Sexual Relations
Sexual relations should be satisfying and beneficial for both parties in a couple. Any time this isn't true, we need to think about if it's good to do it. Read more »
Link copied!
Interesting Articles
Health and sexuality
5 Types of Sexual Orientation