Patients typically take ranitidine orally. If this route of administration isn't an option, there are vials available for intravenous or intramuscular injection. 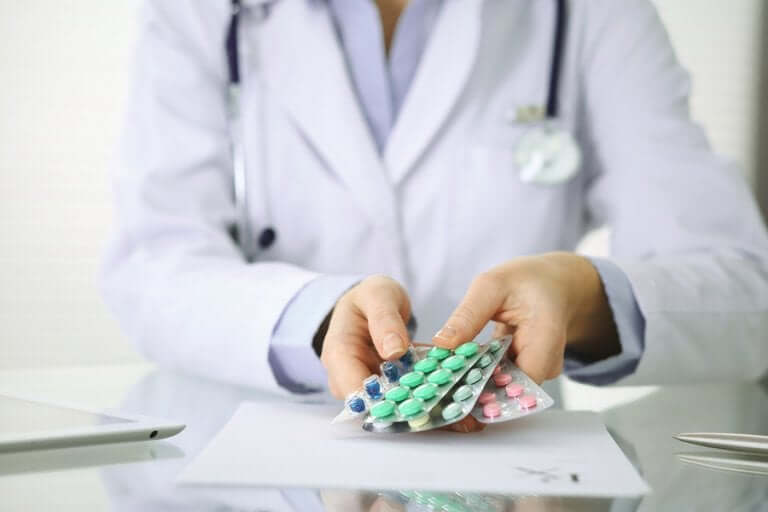 Ranitidine is an antihistamine medication with specific and fast action. It reduces stomach acid secretion, both the amount secreted and baseline. In this manner, ranitidine lowers the volume and the amount of acid and pepsin secreted.

Its effects are rather long-lasting. This is why a single dose of 150 mg can effectively reduce gastric acid secretion for 12 hours. What else should you know about ranitidine? Read on and we’ll give you all the information.

A brief history of ranitidine

Glaxo pharmaceuticals company developed this medication based on cimetidine, the first antihistamine they developed. In this way, ranitidine was the result of a design process. Researchers wanted to refine the compound by replacing certain chemical groups.

With these results, they were able to synthesize ranitidine, which has a better tolerance profile. That’s to say, the adverse reactions to the medication are far less.

Furthermore, it offers prolonged action and a 4 to 10 times greater effect than cimetidine. It entered the market in 1981 and was the top-selling prescription drug in 1988. Since then, it has been replaced by even more effective pharmaceuticals for these indications.

Histamine is a substance that belongs to the imidazole chemical family, which is involved in localized immune responses. It also regulates normal functions in the stomach and acts as a neurotransmitter in the central nervous system.

In this manner, the electrical connections become more complete and give rise to many more possibilities. If neurotransmitters didn’t exist, and neurons simply acted as “wires,” it wouldn’t be possible for the nervous system to carry out many of its functions.

On the other hand, there’s new evidence that shows that histamine also plays a role in chemotaxis of white blood cells, such as eosinophils.

Scientists have known about histamine since the 1950s. However, they’re just recently discovering its functions in the body.

The indications for this medication are related to its ability to antagonize histamine H2 receptors. Among these we can mention:

In addition to the indications mentioned above, doctors prescribe ranitidine for the prevention of gastrointestinal hemorrhage caused by stress ulcers in the gravely ill.

It’s also administered preoperatively to patients with a risk of acid aspiration syndrome, known as Mendelson syndrome. Additionally, doctors often administer it to mothers during childbirth.

Also read: 6 Foods You Should Eat if You Have Stomach Ulcers

Ranitidine is an oral medication. If this method can’t be used, there are vials available for intravenous or intramuscular injection. However, doctors typically resort to this route of administration in a hospital setting only.

Depending on the indication for which ranitidine has been prescribed, the concentration will vary.

The drug data sheet must be consulted for other indications. It includes all the information related to ranitidine.

When using ranitidine, patients must take precautions in a variety of situations that require dose adjustment to avoid serious complications. That is the case for patients who have some of the following conditions:

In summary, ranitidine is a medication with widespread use. It’s an antihistamine medication available by prescription from a doctor. Patients should follow the usage recommendations provided by their doctor. This medication isn’t free from adverse effects and could cause a number of complications.

7 Foods to Avoid if You Have Acid Reflux
Do you ever experience heartburn or a burning sensation? This can occur when you eat certain irritating foods, and it’s known as acid reflux. Read more »
Link copied!
Interesting Articles
Medication
Characteristics and Uses of Flumazenil