Qtrilmet is newly proposed as a treatment for type 2 diabetes in adults who find it difficult to control it with traditional medications. The European Medicines Agency has established that its benefits outweigh the risks. 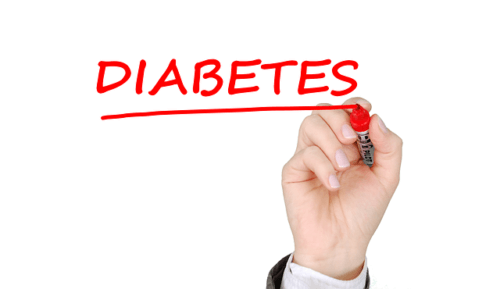 Qtrilmet is a medication used for treating diabetes and it contains three active substances: metformin, saxagliptin, and dapagliflozin. This drug is often prescribed as a treatment for patients with type 2 diabetes who can’t regulate their blood sugar levels with metformin alone or in combination with saxagliptin or dapagliflozin.

The use of Qtrilmet in diabetic patients also includes those who are taking sulfonylureas and can’t regulate blood glucose levels.

Qtrilmet is a prescription drug that comes in two different doses:

When a doctor calculates the dose of Qtrilmet that you’ll need, they take into account the dose of metformin you’re taking until the moment you start treatment with the new drug. In general, once they assess the appropriate concentration for each case of Qtrilmet, the guideline to follow is 2 tablets, once a day, and taken with or after a meal.

The mechanism of action of Qtrilmet

Type 2 diabetes is a disease that’s due to insufficient production of insulin by the pancreas. Sometimes the body isn’t able to use insulin in an effective way, that is, it can’t transform glucose into energy.

Your glucose levels increase when you have diabetes. The good news is you can treat it with Qtrilmet. As we said above, this drug contains three active ingredients and each one of them serves a specific function:

The combination of metformin, saxagliptin, and dapagliflozin is useful because they’re effective in lowering blood sugar levels in patients with type II diabetes. The value here is the variation that occurs in the levels of glycosylated hemoglobin (HbA1c) after six months of treatment. This hemoglobin is a reliable indicator of blood sugar levels.

HbA1c values ​​in diabetic patients are usually above 8%. For this reason, the objective of the studies is to lower them to at least 7%. In general, Qtrilmet achieves a reduction of HbA1c levels by 0.51%.

However, in other studies, researchers observed that Qtrilmet reduced the mean HbA1c level by 0.82%, compared to patients who didn’t take this medication and in whom the observed a reduction of only 0.10%.

Like all medications, Qtrilmet can lead to side effects. These are the most common:

You shouldn’t take Qtrilmet if you’re hypersensitive to any of its three active ingredients. Also, people with kidney or liver problems shouldn’t use it.

The European Medicines Agency determined that the benefits of Qtrilmet outweigh its risks so they recommend its use. However, they’re constantly monitoring the data they obtain in regard to its use.

Traveling with Diabetes
A diabetic person doesn’t have to deprive themselves of enjoying a vacation. Traveling with diabetes requires certain precautions, but you can do it. Read more »
Link copied!
Interesting Articles
Medication
Hyoscine: Uses and Side Effects

Lomotil is the brand name of a medication that has an active ingredient, loperamide. It's an oral medication used mainly…