Purines: Everything You Need to Know

When you eat foods rich in purines, the amount of uric acid increases. If it accumulates, this acid can cause different conditions, like gout. 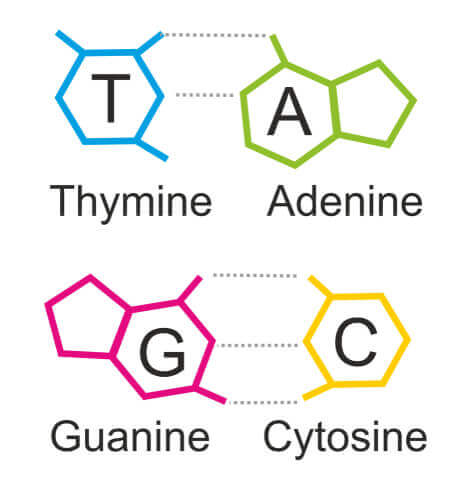 A lot of people know about purines due to their relation to gout. However, few people understand the true importance of these molecules and their role in the body. They’re one of the compounds that make up the fundamental pieces of deoxyribonucleic acid (DNA).

Purines are a type of nitrogenous base, which, as we just mentioned, are a fundamental element needed to make DNA. Therefore, they are found in your cells and in the foods you eat, for example, meat.

Additionally, they have their own cycle of decomposition and elimination from the body. This process is important, since when they decompose, they turn into uric acid. If the uric acid isn’t eliminated correctly then it can cause gout.

Among the chemicals categorized as purines, there are two basic types: adenine and guanine. In this article we’ll explain what purines are used for and why your body needs them.

As we already mentioned, purines are a family of molecules. They are chemical compounds that make up part of your DNA and other molecules like ribonucleic acid (RNA). In this family, there are two important groups: adenine and guanine.

Since they make up part of your DNA, it makes sense that they occur naturally in your body. In fact, your body can make them. Additionally, certain foods like meat and fish are very rich in purines.

Purines take part in many cellular metabolic processes and also in the synthesis of proteins. There are many disorders that change the normal cycle of these molecules. For example, when the process of eliminating them is affected, you can develop conditions related to uric acid, like gout.

However, gout isn’t the only important illness linked to purines, though it is the most frequent. There are many disorders that affect their break down that are more serious than gout.

How are purines related to uric acid?

Purines, when they break down in your tissues, leave behind uric acid. The liver and small intestine normally break them down. The amount of uric acid produced depends on several factors.

When you make a lot of uric acid, or can’t get rid of all of it properly, it accumulates in your body. If this happens, it deposits in your tissues as tophi. Generally, it builds up in your joints, causing arthritis. A high concentration of uric acid can also cause kidney problems.

Gout is a type of arthritis that can be explained by purines. It mainly affects your big toe joint. It also causes intense pain and redness and swelling in the area.

Why are purines important to my diet?

As we already mentioned, food is your main source of purines. This means that your diet is an important factor in the development and control of diseases caused by uric acid.

Although, ideally, everyone should follow a healthy, balanced diet, it’s even more important for people predisposed to these conditions to watch what they eat. Some foods rich in purines are:

When you have a problem metabolizing purines, you should avoid eating these foods. Additionally, it’s important to drink a lot of liquid to increase the amount of uric acid you eliminate. We also recommend you keep a healthy weight and avoid alcohol.

Notwithstanding all the recommendations we gave you in this article, you should always consult your doctor. It’s important to note that purines are necessary, but they can also be related to different diseases. Gout is the most known condition, and the arthritis that it causes is very painful. For this reason, it’s important to pay attention to be able to detect it.

The 5 Best Teas for Reducing Uric Acid
When uric levels are too high, we could suffer from more joint pain as well as a higher risk of having gout and kidney stones. Fortunately, there are several natural remedies available for reducing uric acid levels. Read more »
Link copied!
Interesting Articles
Anatomy and physiology
How to Choose Your Blood Pressure Monitor