What Is Pulmonary Plague?

Pulmonary plague is mainly spread through rats that are infested with infected fleas. You should avoid any contact with these animals, even if they're dead. 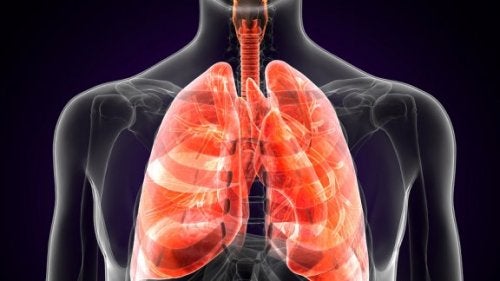 Pulmonary plague is one of the varieties of the disease generically known as “the plague.” It’s a serious disease that has led to several epidemics throughout history, resulting in high mortality rates. Thankfully, it’s completely treatable nowadays.

The most serious plague epidemic in history took place in Europe in the fourteenth century. It was called the Black Death and caused the death of about 50 million people.

Pulmonary plague is an especially serious form of the plague. If the person doesn’t get treatment, it has a mortality rate that can reach 100% in some cases. It’s also particularly contagious and has a strong potential to trigger epidemics.

The plague is an infectious disease that affects animals and, although it’s rare, it can also affect humans. It’s caused by the bacterium Yersinia pestis, which can be found in rodents and their fleas.

Currently, there are several outbreaks of the disease in different parts of the world. The disease is most commonly transmitted between animals and humans through bites from infected fleas. People and animals also transmit it by direct or indirect contact.

There are three basic types of the plague:

Discover: Plants that You Can Use as Natural Flea and Tick Repellent

The Pulmonary Plague or Pneumonic Plague

The pulmonary plague is the least common form of the plague, but it’s also the most dangerous. In order to reduce the mortality rate, the person needs to get treatment in the first 24 hours.

There are three ways to spread pulmonary plague. The first and most common is transmission from person to person, through the air. This occurs when someone breathes in the bacteria emitted by an infected person.

Additionally, a person can inhale the bacteria, which are suspended in tiny drops that form in the respiratory system of an infected person. Contagion only occurs if there is close and continuous contact with the sick person or animal.

Pulmonary plague also occurs when someone suffers from bubonic plague or septicemic plague and doesn’t receive adequate treatment for the disease. In this case, the bacteria can migrate and lodge in the lungs.

This disease’s incubation period can last between 1 and 7 days. After that time, the infected person will present their first symptoms, which are the same symptoms as an acute febrile illness.

Nonspecific symptoms will appear. For example, headaches, sudden onset of fever, chills, weakness, nausea, vomiting and generalized pain may occur. It’s very important that the person gets treatment within the first 24 hours after symptoms have appeared.

To confirm that it’s the pulmonary plague, you’ll have to get some laboratory tests. The best way to do this is to take a sputum sample and have it analyzed to check if there are Y.pestis bacterium. This can also be verified through seroconversion.

Septicemic plague and pulmonary plague have very high mortality rates. In fact, timely and adequate treatment only reduces the mortality rate to 50%. That’s why surveillance and disease prevention is so important.

The best way to avoid this disease is to control the rat population. Try to not come in contact with these animals or with their dead bodies. If there’s an infected person, they should remain isolated to keep the disease from spreading any further.

The World Health Organization doesn’t recommend a vaccination against plague. In fact, there’s no real evidence that the vaccine has any efficacy.

You should immediately report any suspicion of a possible outbreak of the diseases.

5 Eucalyptus Remedies to Relieve Respiratory Problems
Eucalyptus can be of great help in fighting respiratory problems. Read on to see how to make these natural eucalyptus remedies! Read more »
Link copied!
Interesting Articles
Illnesses
Hepatitis in Children: What You Need to Know

Interesting Articles
Taking care of your body
Is Creatine Safe for the Kidneys?