Pterygium (conjunctiva) - What Is It?

Pterygium is a vascularized lesion of the conjunctiva of the eye that can invade the cornea and cause astigmatism and decrease visual acuity. 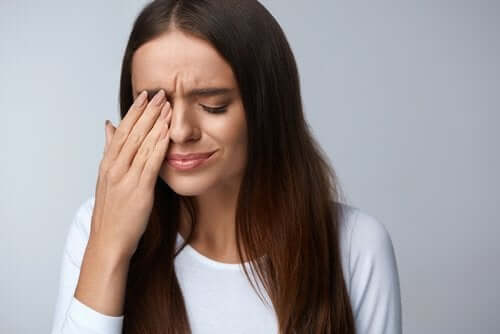 A pterygium is a vascularized lesion of the conjunctiva of the eye that can invade the cornea. It can cause astigmatism and decrease visual acuity. The word comes from the Greek pterys which means “small wing,” or “fin.”

This “fin” appears in the midline of the eye, in the space between the upper and lower eyelids. It has a triangular shape, hence its name, on the temporal side but is more frequent on the nasal side. The condition could affect one or both eyes.

This condition is a lot more frequent in tropical and subtropical climates, and very rare in cold countries. Also, there’s a relation between it and ultraviolet radiation after exposing the eyes to sunlight without protection or filters.

It mainly occurs in farmers, workers and in outdoor jobs because people are more exposed to solar radiation and dust. It seems to also be related to contact with solvents and chemicals.

The dryness of the environment and the presence of wind that accelerates tear evaporation can also promote this condition. In addition, there’s a hereditary component to it and it’s connected to immunological diseases.

Pterygium occurs in individuals between the ages of 20 and 50 and is a lot more frequent in rural environments. This condition is more prevalent in African Americans regardless of gender. Its incidence is also higher in areas with more bright sunshine.

The symptoms may vary depending on the activity, size, and location of the pterygium.

The active pterygium is a thickened lesion with inflammation. It’s hyperemic (containing an excess of blood) and has a whitish area at the apex of the triangle.

The symptoms produced by active pterygium include:

This kind of pterygium is more prevalent in temperate countries, and so its incidence is lower. There’s slower growth and the symptoms are less obvious. It’s mainly a flat lesion without inflammation, without vascularization, and without signs of growth.

The symptoms of this one are either scarce to non-existent. The size of the pterygium is directly proportional to its symptoms. Thus, larger ones occupy more surface of the cornea and, because of this, affect vision more.

Depending on the location, a pterygium that affects the area of ​​the cornea’s visual field has more symptoms. Thus, the symptoms of pterygium are less obvious when it only covers the periphery of the eye.

You may also be interested: 7 Recommendations to Fight Pink Eye Naturally

In symptomatic cases, the only solution is surgery. In general, the pterygium will continue to grow and if it isn’t removed, then the symptoms will worsen. There are various ways to do this:

This treatment is a complement to surgical treatment and can minimize the risk of recurrence:

In conclusion, pterygium is a vascularized lesion of the conjunctiva of the eye that can invade the cornea and can lead to astigmatism and decreased visual acuity.

Improve Your Eye Health with This Natural Aloe Vera Remedy
Thanks to its contribution of anti-oxidant and anti-inflammatory substances, this aloe vera drink is perfect to improve your eye health. Read more »
Link copied!
Interesting Articles
Illnesses
What Is Multiple Myeloma?