Plastic Pollution: How Does it Affect Your Health?

Plastic pollution is expanding along with human society. It has been demonstrated that there are numerous animal species with microplastics in their digestive tract. The effects on humans and their health can already be perceived incipiently. 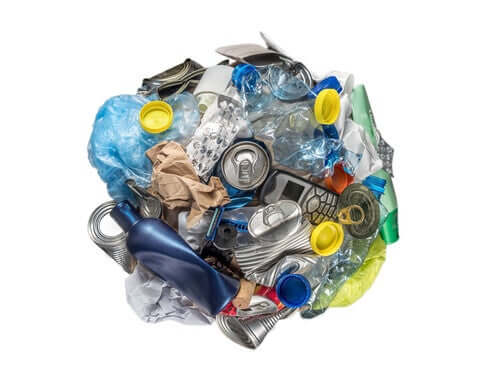 Plastic pollution is becoming one of the major problems of the human population. Plastic is one of the materials we use most in industry, especially in the food industry. However, its effects still aren’t well understood.

Plastic follows a ‘life cycle’, i.e. a series of stages it passes through during its entire existence. Its process consists of four phases:

The effects of plastic pollution at each of these stages are currently being studied. It’s already clear that it has a multitude of harmful effects on human health, and that it’s more than just an environmental problem.

Therefore, in this article, we’ll explain how plastic pollution affects your health, as we’re all exposed to it. We must be aware in order to rethink a more socially responsible use of this material.

How does plastic pollution affect health?

Plastic pollution is being studied to determine the extent of its effects on the body. However, microplastics are already known to cause damage to many other living things, such as fish.

Microplastics are particles measuring less than 5 millimeters in diameter. They’re produced by the division of larger plastics that, as they become smaller and smaller, and invade the entire environment, especially the water.

This is because much of the plastic waste ends up in the sea. Scientists have shown that microplastics are in more than 100 aquatic species along their digestive tracts. In other words, marine fauna is being contaminated by them.

The big problem is that many of these species are part of our food. In addition, this plastic pollution is also making animals sick. For example, it’s very normal to find turtles with intestinal obstruction caused by them.

Over time, these microplastics are likely to become even smaller. These particles could eventually enter our tissues and act in a toxic way. The truth is that this is still a hypothesis, but experimental models prove its real possibility in humans.

You may like: Metal Straws: An Alternative to Reduce Your Plastic Footprint

Plastic pollution isn’t limited to intestinal problems due to blockages, but goes beyond that. Plastics cause other pollutants to adhere to them, keeping them on the surface of seas and rivers.

This happens, for example, with polycyclic aromatic hydrocarbons. In this way, the toxicity of these substances increases, because they’re able to remain for a longer period of time.

Plastic pollution and the phases of its cycle

As we’ve already mentioned, plastic follows a ‘life cycle’. In each of its phases, it’s likely to affect health in some way.

First of all, during the extraction and transportation phase, many chemical emissions are produced. These substances, such as benzene, can affect our immune system. They also appear to have carcinogenic potential and nervous system toxicity, among other effects. The same occurs during refining and manufacturing.

The use and waste management phases are the most important. Virtually everyone is exposed to the effects of plastic and has daily contact with numerous products containing it.

In fact, as we indicated in the previous section, not managing waste properly means that, in the end, we’re ingesting the same plastic that we throw away. Therefore, it’s important to be very aware of the problem and to use them responsibly.

Plastic is present in our daily lives, and we may not be able to eliminate it completely, but we must be able to rationalize and reuse it. A socially responsible use is necessary so that we don’t get ill from our own waste.

Wildlife is already suffering the effects of plastic pollution, and the human species may follow the same path. It’s up to us to take action to reverse the process.

Healthy habits
The Pros and Cons of Sitting on the Floor

Sitting on the floor is quite good for you. After all, how much time do you spend in the chair…

You've never heard about biofeedback? Well, stick around then. It's a simple concept and its health benefits are many. So,…

Do you feel like there aren't enough hours in the day to get through all your pending tasks? Is it…