New discoveries about Autism are constantly being made. We'll tell you about research into a physical characteristic linked to Autism. 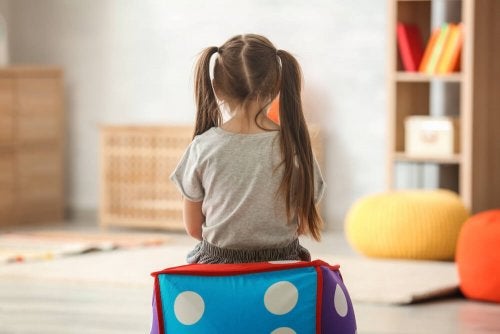 Thanks to new research, scientists have discovered several physical characteristics that may be linked to autism.

A Brief History of Autism

Autism is a neurobiological disorder that was discovered fairly recently. In fact, it was first identified in the mid-twentieth century by psychiatrist Leo Kanner.

Since then, there have been many studies that have renewed and expanded what we know about the disease.

When talking about autism in general, we’re really referring to autism spectrum disorders. This is a broad group of disorders that is comprised of several similar, but different, neurobiological developmental disorders.

However, it was not always like that. In fact, the term autism was created to designate a symptom of schizophrenia. The word comes from the Greek autos, which refers to oneself.

Later, the word became common for child psychology. It described children who had difficulty achieving emotional contact and who presented several stereotypical behaviors.

Next, we’ll look at the ‘autistic spectrum.’ Additionally, we’ll talk about research that was conducted about the possibility of a physical characteristic linked to this condition.

Autism is often a reason for a baby’s cold treatment towards his parents during his first months of life.

Luckily, however, experts have been conducting a lot of successful studies and are learning a lot more about the disease.

As a result of these studies, the concept “autistic spectrum” came about. Experts began distinguishing several different syndromes based on their individual peculiarities. For example, Asperger’s syndrome: people who suffer from it have no delay in language acquisition.

Then, they began to change the concept of the cause of these disorders. Nowadays, experts accept that it’s a result of genetics, epigenetic and environmental causes during embryogenesis.

Throughout the autism spectrum disorders, the fundamental symptoms are:

These symptoms are present in the early stages of development.

The first signs of autism are usually visible around age three. However, long before age three, children with autism don’t have what’s call a “social smile.” The social smile is the first smile that a child has. It is a response to stimuli, such as the child’s mother or father.

In addition, they present hypersensitivity to tactile, auditory, olfactory and gustatory stimuli. They usually avoid personal and visual contact. Additionally, they tend to use very little language.

They often don’t understand jokes, double meanings or metaphors. They also don’t participate in symbolic games, like playing house or playing with cars as if they were real. Their interests are usually unusual, repetitive, and they prefer to do them by themselves.

Children with autism typically have very little interest in other children. In addition, when they’re young, they won’t tell you what they like or want (for example, by pointing with their finger). Their behaviors are also “unusual” and repetitive, as well as self-stimulating (such as balancing things).

Discover: Everything You Need to Know about Obsessive Compulsive Disorder (OCD)

In this study, the researchers found out that, on average, children with autism are born with certain peculiar characteristics:

However, experts have also discovered that at three years of age, children with Autism tended to exceed neuro-typic children in other physical characteristics. It seems that it’s all due to an imbalance in a growth hormone common in autistic children.

However, you should know that this study was relatively small-scale. 134 children with autism and 74 neuro-typic children participated. In addition, no previous studies support it. In fact, the only previous study that has been conducted in this regard found no differences between some children and others.

Additionally, there were no girls in this study. This is very important to take into account since autism spectrum disorders develop with considerable differences in boys and girls.

In addition, this type of research could have other uses. One of them would be to determine which mechanisms (outside of the brain) play a role in the development of the disease, and how. The next step in this study will be to examine growth in adolescents.

The Differences Between Hunger and Anxiety
What's the difference between hunger and anxiety? It may seem ridiculous, the majority of us actually don't know where one ends and the other begins. Read more »
Link copied!
Interesting Articles
Illnesses
Hepatitis in Children: What You Need to Know