The Passive-Aggressive Person, A Huge Manipulator: 3 Things You Should Know

If in our environment there is a passive-aggressive person, we should make sure to help them. Instead of distancing ourselves from them, let us try to help them find a solution to the frustration found within them. 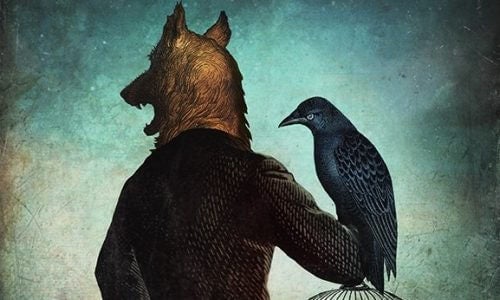 The main behavioral characteristics reside in constant stubbornness, acting defiant to others demands and always having a negative or defeatist attitude.

Living with them is as complicated as is exhausting.

As usual with personality disorders, some have less characteristics while others have them all.

However, their ability to manipulate is so agile that relationships with someone with a personality disorder are always distinguished by great suffering and unhappiness.

It’s possible you may be living with one of these kinds of people. You may even have a family member or fellow worker with this type of disorder.

If this is the case, it is recommended that you know there are confrontation strategies that exist and adequate psychological therapy with which this negative behavior can be reduced.

Today in our space, we want to help you learn a little more about this kind of disorder.

1. What Characteristics Does a Passive-Aggressive Person Show?

To start off, something we should make clear is that not every person with this disorder displays each of the behaviors we will  be mentioning in continuation.

However, what a passive-aggressive person always evidences is an agile ability to put into practice a considerable hostility “covered with sugar on top”.

In other words, they’re capable of harming us in a compassionate way pretending to care. However, in reality, deep down there is a desire to humiliate, control or ridicule.

Therefore, these are some of the most basic characteristics:

2. What Lies Behind This Kind of Personality?

This is the first thing that comes to mind: “Why do they act this way if in the long run they’re only going to get more frustration and dysfunctional relationships out of it?”

Here are some explanations for this:

3. How To Treat A Passive-Aggressive Person

Most likely, the first thing that comes to mind when thinking about how to deal with a passive aggressive person is to simply run away from them.

However, this is not correct, for various reasons.

After all, we can’t or shouldn’t always run away from what seems too complicated for us to handle.

Remember To Not Give Into Them

You should be assertive with them, be reasonable and suggest options to their behavior.

The passive aggressive person suffers an accusing syndrome of inferiority. Essentially, it’s an immature management of their emotions and a very low self-esteem.

No one is capable of being social or truly happy with these weaknesses and limitations. Therefore, it’s fundamental to gather courage and ask for professional help.

For example, cognitive-behavior therapy is very recommended for these cases.

It’s also necessary to remember that a passive aggressive person is not ill. He or she is just a person who, in the midst of their armor and manipulative behavior, is hiding a very fragile soul that yearns for help.

Let’s try to lead them into making the right choice for their well-being. Let’s help them clearly volunteer to want to better themselves through therapy.

Dating a Person Who Has Borderline Personality Disorder
Living with a person with borderline personality disorder can be difficult, but there are some steps that can help you move forward in the relationship. Read more »
Link copied!
Interesting Articles
Conflicts
How to Help a Woman who Has Been Abused