Parental Alienation Syndrome: What It Is and How to Avoid It

One of the most important things that the child should understand is that, despite the separation, his parents will never stop loving him or spending time with him. 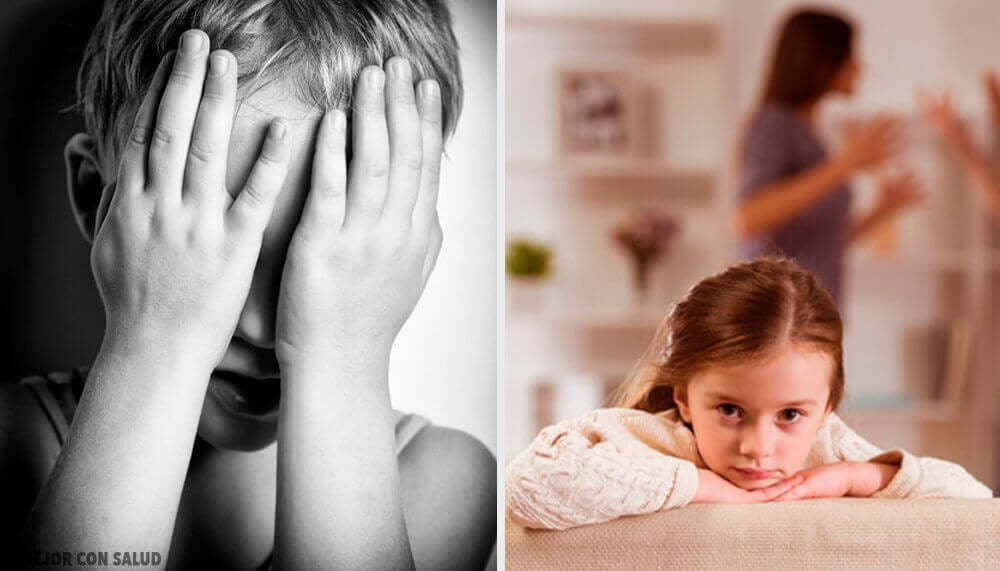 The concept of Parental Alienation Syndrome is not accepted by any psychiatric manual, but everyone should be conscious of its existence.

There are many parents that stay together, whether it be because they use the excuse that their children need a united family or because they depend so much on the other person that they would try anything to stay with them before ending the relationship.

However, when there are children in the mix, the solution to marital problems should be fast and as little complicated as possible. Parents should always try to end on good terms so that no one gets hurt.

Ending a relationship with your spouse so that you can put an end to your problems doesn’t mean throwing in the towel. Instead it means that, as parents, you are thinking of what’s best for your children.

“Your dad is a very bad guy”

“Your dad is a bad guy” is what a child may end up thinking about one of their parents as a consequence of Parental Alienation Syndrome. Once the parents are separated or are in the process of doing so, they may start throwing stones and speaking poorly of the other parent.

Many parents don’t think of the damage that can result from their attitudes. It’s as if they’re only thinking of themselves. They forget that their children are at a very sensitive stage in which they take in everything and any negative experiences can leave marks on them that will affect them in the future.

When a parent says to their kid: “Your dad is a bad guy,” for example, they will start cultivating Parental Alienation Syndrome. Consequently, the child will lose trust in his or her father, will behave unfairly towards him and might even come to despise him. In reality, however, the father has not done anything wrong.

If this father also speaks poorly of his ex-wife, it’s possible that the child will be faced with a seesaw of emotions that he will not know how to deal with.

In this case, he will not trust either parent. Because of this, the child will experience a distrust that will continuously change sides as the parents try to sway him to their side.

Parental Alienation Syndrome can make any child feel insecure, less trusting and make him or her lose respect for his or her parents.

It can also make her susceptible to the opinions of others, and she will tend to get carried away by them. This is due to her low self-esteem that comes from her experiences.

Because of that, it’s necessary to avoid the behaviors that may cause the development of this syndrome. By avoiding these behaviors, you will also be preventing the damage that could influence the child’s future.

Some of the behaviors are:

In these cases, it’s so important that you don’t use your child as support or to be cruel about the other parent. Your children are not at fault for anything. Also, doing this makes you look bad.

Be honest and sincere with children

It’s necessary to talk about the separation with even the youngest of kids. Many parents incorrectly think that their children won’t understand the seriousness of the situation because they are so young.

To do so, you have to use simple language and respond clearly to any questions they may have. The most important thing is that the child knows that it is happening and why it is happening, without them feeling lost because they don’t understand anything.

This is because children need to understand that separation is something natural. They need to realize that it isn’t the worst thing in the world that their parents are separating, because they will still love them the same.

All of this will help the child, keeping him from feeling sad and disconnected when it comes to his parents’ separation. That way, the child will understand that a negative environment doesn’t make people happy and, if he finds himself in one, the best thing to do is get away from it.

One of the most important things that the child should understand is that, despite the separation, his parents will never stop loving him or spending time with him.

Children
Strategies To Keep Your Children from Biting Their Nails

Not biting your nails can be more complex than you might think for two reasons. First, habits, when ingrained, are…