Paranasal Sinuses: 5 Things You Should Know

The sinuses are responsible for moistening and heating the air we breathe, as well as producing mucus to prevent bacteria 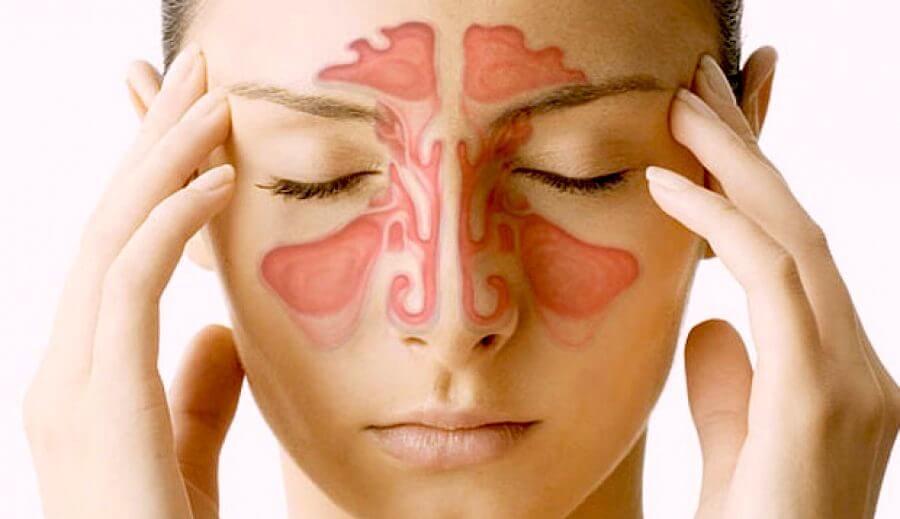 The paranasal sinuses are cavities full of air located in the bones of the skull. They have many functions: they help breathing, smell, and even the regulation of body temperature.

It’s often the case that we hardly ever notice certain parts of our body until a problem, illness, or change occurs.

Anyone who has suffered sinusitis, for example, will undoubtedly know exactly where their sinuses are.

These structures produce a type of liquid in order to contain, and protect us from, certain bacteria. What often happens is that the excess of mucus ends up clogging the cavities and causing inflammation.

It’s a common and annoying situation suffered by millions of people, and is one of many medical conditions that affect these delicate and curious structures of our anatomy. Today we’re going to tell you more about them.

1. How many paranasal sinuses do you have?

We have a total of 8 paranasal sinuses, 4 on each side of the nose. Let’s look at some interesting facts about them.

This sinus is actually a set of ethmoidal cells, like small labyrinths which form next to the lacrimal bones.

2. What’s inside the sinuses?

At the beginning of the article we said that there is only air inside these cavities.

In healthy and non-inflamed paranasal sinuses there will be mostly air. However, these areas are not completely empty.

In turn, these cells also produce mucus to protect us from possible bacteria and foreign elements, and stop them from entering the body.

See also: 10 Tips to Get Rid of Excessive Mucus

3. Why do the paranasal sinuses get inflamed?

When we catch a cold or when we have allergies there’s an excessive growth of bacteria and germs in the paranasal cavity, which produces a bacterial or viral infection.

Most infections of the paranasal sinuses are viral and disappear on their own in a short time. However, sometimes the infection intensifies, producing 3 types of problems:

Acute sinusitis is a very common condition associated with the common cold.

If it’s caused by a virus, it’ll heal itself in a few days, but if it’s a bacterial infection, acute sinusitis could last up to four weeks.

In this case, the problem is more serious and much more annoying. It has a lot to do with allergies, and can last between two and three months.

It is usually accompanied by:

Chronic sinusitis is very debilitating for the person who’s suffering from it. It can last more than 3 months and can often end up with a surgical intervention.

4. Why are there people more prone to sinus infections than others?

All of us, at any given time, can suffer a sinus infection. But there are certain medical conditions and risk factors that can increase this possibility.

Let’s have a look at them.

5. How can I fight a sinus infection?

If a paranasal inflammation lasts more than two weeks, it’s best to go to the doctor.

Once you have a good diagnosis and a specific medical and pharmacological treatment, there are some simple homemade remedies that will help.

These are some quick examples:

Last but not least, naps and breaks will also help to strengthen your immune system so that it can cope with infection on its own.