Opioid Addiction - Why Does it Happen?

An opioid addiction happens due to the dopaminergic system in the brain, the same that's responsible for controlling dopamine concentrations. The euphoria and respiratory depression it produces are the main culprits when it comes to dependence. 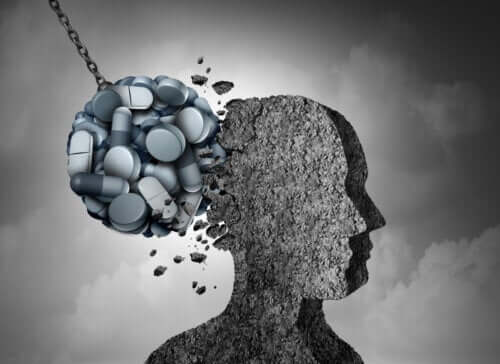 The opioid addiction epidemic became a thing in the 1980s when people began to use these types of drugs indiscriminately. You must keep in mind that dependence involves both patients and healthcare professionals.

Continuous use can lead to addiction and its main characteristic is the strong compulsion to consume a certain substance. People lose the ability to control the use of the said substance despite its harmful consequences. Opioid addiction is a chronic disease with frequent relapses. It often leads to a significant increase in your chances of dying from it.

There’s always a dilemma about the use of opioids when prescribing an analgesic therapeutic regimen based on them. The dilemma happens when assessing the positive effects of these medications on pain reduction compared to the negative ones — including addiction or overdose.

In addition, the risk of an opioid addiction greatly increases when used for recreational purposes and without medical prescription. It doesn’t matter if a person consumes high doses or administers them through routes other than the recommended ones. This risk exacerbates when you take these substances along with alcoholic beverages.

Interestingly, doctors were more cautious when prescribing these types of drugs before the 1980s. However, some people published articles of low scientific evidence in which they affirmed the safety of these drugs. This is just what promoted their indiscriminate consumption.

The making of an opioid addiction

Opioid consumption affects the brain’s dopaminergic system, which is responsible for controlling the concentrations of dopamine. This is the substance involved in many processes throughout the body. Repeated stimulation alters the brain’s plasticity.

Brain plasticity is one of the main characteristics of a human brain. This feature is precisely what allows it to recover and restructure. It allows neurons to regenerate both anatomically and functionally and form new connections.

So, when something damages the brain’s plasticity, your self-control diminishes when it comes to compulsively obtaining and consuming certain substances. This compulsion to seek and consume a substance is what we know as addiction.

Characteristics of an opioid addiction

Opiates trigger both positive and negative effects. The positives are due to the euphoria and brain reward they produce. Similarly, the negatives are a consequence of pain relief. Not only physical but also the emotional kind caused by stressful or traumatic events.

It’s for this reason that people with a mental disorder get a more powerful reinforcing effect; it makes them more vulnerable. There are studies that confirm these statements.

Approximately 90% of individuals with opioid addiction have an additional psychiatric disorder and the most frequent are:

The stimulation that opioids produce in the brain’s reward system is the main reason why some people consume the drug repeatedly. And this is particularly true in the early stages of addiction. However, the compulsion to use opioids beyond the pleasure they provide happens over time. This increased compulsion is directly linked to tolerance and dependence.

As we said above, the risk of addiction also increases when you use them for purposes other than what they were prescribed for. Be it at higher doses or via a more direct route of administration than the oral route. Another way to misuse opioids is to consume them along with other drugs or alcohol. This is because all of these substances can interact synergistically and it increases the risk of overdose.

Opioid addictions are closely related to the repeated activation of the brain’s dopaminergic system that affects the plasticity of the brain. As a result, self-control when using these drugs diminishes.

It’s essential to educate physicians about the proper use of these medications. In addition, anti-drug campaigns are essential to prevent such problems.

What Are Prescription Opioids and What Are They For?
Doctors sometimes prescribe prescription opioids because they're strong painkillers. The best-known form is morphine, but there are many others. Read more »
Link copied!
Interesting Articles
Anatomy and physiology
Normal Prolactin Levels and Why They Can Change