Life can seem very boring if we go overboard with certain habits and rituals. In this article, doctor of psychology Marcelo R. Ceberio talks about this and explains the keys to having less systematization and more creativity. 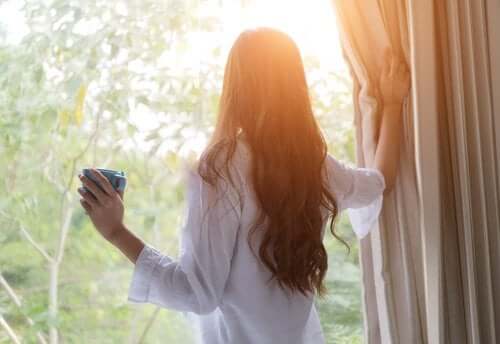 Routines act as organizers that put our lives in order. However, the abuse of habits and rituals makes life monotonous and colorless. Therefore, we need balance – less routinization, and more creativity. This seems to be the formula to activate our cerebral neuroplasticity and have a healthier life.

The word routine derives from the French word with the same spelling and refers to a custom or habit that’s acquired from numerous repetitions of the same activity or task.

Thus, the development of a certain routine leads to the routinization or systematization of an automatic action or a series of actions in time. This implies that we carry out this action or actions thoughtlessly, without thought or even being conscious of what we’re doing.


Systematization has come to dictate the lives of all human beings. In fact, program developments of any kind operate as step organizers and, with this, certain routines are structured to meet objectives.

We can see this by looking at diet programs for weight loss, systematized routines in gyms for bodybuilding, training plans for marathons, therapeutic programs for addicts or alcoholics, etc.

A program basically determines what you can and can’t do. It also possesses and points out a series of boundaries. For example, it highlights actions to follow, sequence, minimum goals, final objectives, the context in which to develop the actions, the participants or time, and many other variables.

Carrying out a program repeatedly leads to systematization and makes it part of your daily routine if it has to be applied every day.

Read: Hydration is Essential for Your Brain

One of the areas in which routine is most readily apparent is when it comes to working. In certain mass production machinery operated by men and women, the routine consists of a series of automatic movements that require no awareness.

However, this type of stereotyped action has its risks, especially with those machines that cut, twist, squeeze. In the face of any sort of distraction, they can cause damage to the person who carries out the maneuvers.

Routine or systematized actions lead to loss of attention and drowsiness.

Let’s take into account that the brain doesn’t accumulate glucose, but rather consumes it in 25% of the body’s expenditure. It’s possible that, after an hour and a half or two hours, this fuel runs out and you can experience symptoms of hypoglycemia. For example, loss of control or attention, sleepiness, distractions, among other symptoms. And there we run a lot of risks!

Daily life also consists of a chain of routines that organize us. Every day, millions of people get up at a certain time (given that this time has to do with getting to work on time), take a shower, brush their teeth, put on their clothes, eat breakfast, travel to work by the same means, and finally arrive at their destination.

Within this basic routine, there are a series of rituals that can add variety. For example, flossing after eating cereal, stopping for Starbucks for another coffee, using a certain perfume according to the day, etc.

Read also: 5 Habits that Will Improve Your Quality of Life

The Ritualism of Routine

Ritualism is an important part of the routine. Rituals, like routine in general, are organizers.

However, I’m not talking about the full-blown “magical” ritualism of repeating some action to obtain what you desire. For example, eating a certain food when your favorite team plays, because “They always win when I do”. That’s not what we’re referring to.

Nor am I talking about the pathological ritualism of obsessive-compulsive disorder. Here, for example, a person always walks on the same pavement tiles or washes their hands 18 times exactly. All these rituals are ruminant, wearisome, and have little to do with order and routine.

There are healthy rituals that are part of a person’s overall routine. For example, playing sports on several days at a certain time during the week. Or, taking an afternoon off to cut down on the week’s work or going out Wednesday mornings to read in your favorite café.

Psychologists may assign some of these healthy rituals as homework for their patients. The aim is to instill in the person a habit that helps them reduce their stress levels and connect with their health. At the same time, it encourages them to enjoy an activity that gives them pleasure.

If you manage to systematize this habit, you’ll produce a small change. That change will produce a domino effect, with other changes or a major modification. Habits and rituals, then, are like soldiers that fit into a healthy routine.

However, we could say that routines tend to get a bad rap. Historically, it’s something we tend to condemn,  criticize, and disqualified. We associate it with rigidity, apathy, tedium, monotonicity, and boredom.

In general, we consider a routine to be the opposite of creativity. This is why we treat vacations as a chance to “get away from routine”. They’re our chance to be spontaneous and to enjoy things that are work obligations or responsibilities don’t allow for during the rest of the year.


Routines tell us that there’s no need to invent anything new. If something works, and it works well with a routine, let’s not try to improve it!

Sometimes, we try to perfect or modify something that’s going perfectly well. It’s a mechanism that provides security, since it reduces surprises and unexpected events.

However, it can lead to monotony, which is the abuse of routine. When a person becomes monotonous, they systematise their life in such a way that they destroy creativity. The extreme ritualization and systematization of habits make for a boring, monotonous, and colorless existence.

Thus, it’s not the routine itself that we need to criticize, but rather the “routine of routine”. This is what some call routinization, an attitude that mutilates creativity, spoils free time and can lead – as seen in the statistics of big cities – to depression, stress, and mental.

In other words, we need less systematization and more creativity.

Read also: 7 Kinds of Meditation and Their Benefits

Routine can be a great ally…When used correctly

It’s important aware of the boundary between a good routine and monotony. Breaking certain habits can increase originality, eliminate rigidity, help us come up with new programs, and encourage less routinization.

However, the abuse of routine always perpetuates the same routes of neuroplastic networks in the brain. Activating them implies creating and having new ideas that constitute new alternative paths to those networks.

When we break free of the monotonous routines, we create new paths that favor creativity and – of course – a better life.

My Routine Doesn’t Give Me Time to Rest – What Do I Do?
More often than not our routine is overwhelming and leaves us no time to rest. So, we’ve outlined how to make sure you’re getting the rest that you need. Read on to find out more! Read more »
Link copied!
Interesting Articles
Healthy mind
The Dunning-Kruger Effect - Why Does It Happen?