According to experts, there are many foods that should be avoided since they can cause food poisoning. We've prepared a list of dangerous products and possible substitutes. 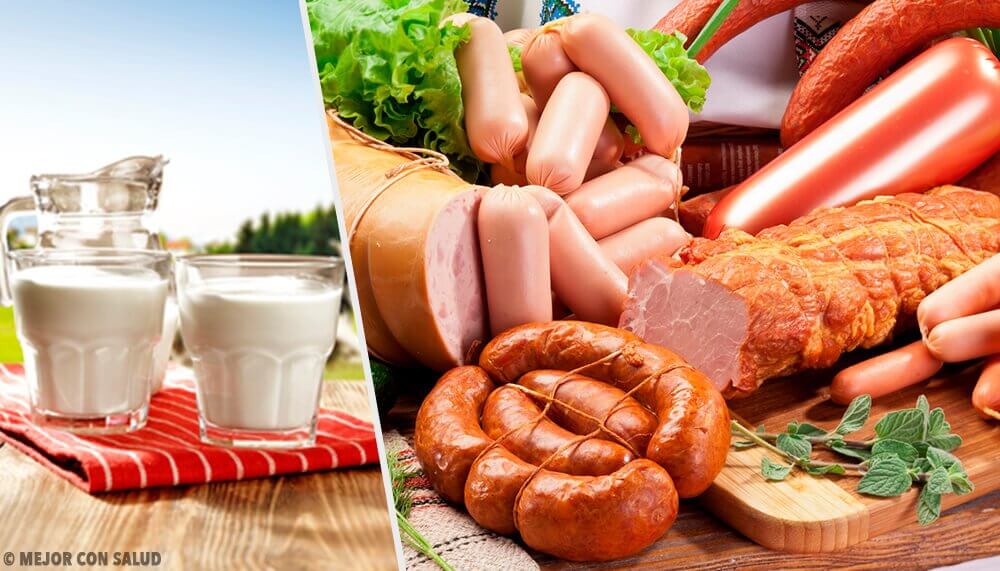 Sometimes, certain foods that we think are healthy are much more harmful than we’d suspect. Below are 9 harmful foods to avoid according to food experts and why they should be avoided.

Ideally, you shouldn’t eat these harmful foods. If that’s not possible, you should at least try to find healthier alternatives. What’s clear is that research has shown that many “healthy” foods come with hidden risks we never would’ve thought of.

According to food safety experts, no one should be eating raw seafood. This is due to rising ocean temperatures that turn seafood into the perfect breeding ground for bacteria.

How to eat them

You should always eat cooked oysters. A good option that won’t take away their flavor is baking them and eating them with a spicy sauce. You’ll see that they’re just as delicious.

See also: 9 Foods You Shouldn’t Store in Your Freezer

2. Fresh-squeezed juice bought at a stand

While you might think the opposite is true, fresh-squeezed juice – particularly when bought at a juice stand – can be contaminated with viruses, bacteria, and parasites.

Translation? The risks outweigh the benefits.

Make the juice yourself. If you’re craving juice and are out and about, opt for the pasteurized kind. If you’re looking for vitamins, eat the actual fruit.

Undercooked meat is a favorite for many people. However, to kill E. coli and Salmonella, meat’s internal temperature has to reach at least 71°C.

Opt for sprouted wheat grains, or alfalfa that’s been cultivated naturally or with raw seeds. You can choose flaxseed, pumpkin, and sunflower seeds since they’re just as beneficial.

The conditions under which raw milk is produced aren’t exactly sterile. In addition, there’s a high risk of bacterial and viral contamination. The only way of killing them is by boiling milk.

Simply boil or pasteurize the milk.

Even if you cook freshwater fish, eating it isn’t very recommended. Researchers in Spain found that cooking freshwater fish only neutralizes 18% of their dangerous cyanotoxins.

The rest of the fish’s harmful substances stay in the dish along with a high concentration of toxins.

It’s better to steam fish, since this cooking method neutralizes 26% of their cyanotoxins.

Unfortunately, even the most expensive and higher quality cold cuts contain cancer-causing nitrates. Two pounds of cold cuts contains 400% more salt and 50% more fat than a serving of raw beef.

Homemade cured meat would be as good or better.

Check out this article: The Dangers of Prepackaged Foods: The Food Industry’s Dark Secret

Food manufacturers use butylated hydroxyanisole (BHA) and butylated hydroxytoluene (BHT) to preserve these products. If taken in high doses, you could develop hormonal disorders, and a high intake of BHA can lead to cancer.

Homemade canned food or by preparing food every day.

Finally, pre-washed and cut fruit and vegetables have changed hands several times. The more people touch your food, the higher the chance of them passing on germs.

Buy fruit at the market, wash them well, and make a fruit salad at home.

The Healthiest Alternatives for Unhealthy Foods
If you consume a lot of fruits, vegetables, whole grains and lean proteins you’re probably way ahead of the nutritional curve. However, there is a possibility that you make mistakes by choosing unhealthy foods without even realising it. Read more »
Link copied!
Interesting Articles
Nutrition
5 "Healthy" Snacks that are Actually Ultra-Processed

Interesting Articles
Healthy mind
The Wheel of Life: A Tool for Change