A new study from the University of Beijing suggests that there are two different strains of the coronavirus and that one of them is more aggressive than the other. However, European scientists have doubts about these affirmations and even requested the Chinese researchers retract their statements. 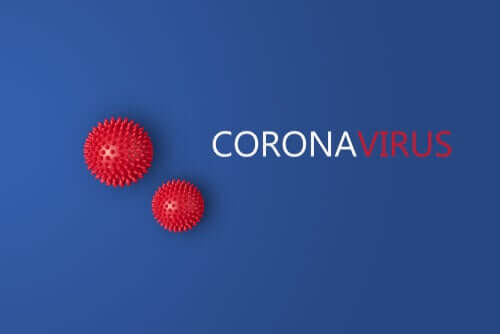 A new study from the University of Beijing suggests the detection of two different coronavirus strains. Jian Lu, bioinformatics researcher at said university, directed the study which was published in the journal National Science Review. According to the study, one of these strains is more aggressive than the other.

However, European scientists have their doubts about the results and the World Health Organization (WHO) requested the findings be handled with caution.

According to the publication, this recent study involved 103 genetic samples. The results indicated the existence of two strains, which were designated as S and L. 30% of the samples matched the S type, while 70% matched the L type.

The Chinese scientists that carried out this new study cataloged type L as the most aggressive strain which disseminates much faster. At the same time, type S is an older strain which has been present in humans for years. However, the strain never set off alarms given the mildness of its symptoms.

The new study in China

The new study took place at the University of Beijing and the Pasteur Institute of Shanghai. It highlights the fact that the type S coronavirus is the ancestral genetic form or, in other words, the original virus. Given mutations, natural selection, and re-combinations, type L came to be. This type (L) was more frequent in the initial stages of the outbreak in China.

At the same time, the 73 remaining samples in the study came from cases that had occurred in places other than China. In this case, the prevalence was different. While 61.1% matched type L, 38.4 percent matched type S.

This would indicate that type L, the more aggressive strain, has spread with less frequency outside of China. According to the researchers, this may be due to the strict measures of control and prevention applied in that country. It’s also possible that it stems from the fact that a weaker selective pressure has been exerted on the type S strain.

The need for new studies

Until now, there are only hypotheses regarding the nature and progression of the two types of coronavirus. For this reason, the new study concludes by stating that more research on the issue is necessary. The researchers specify that only the combination of genome data with epidemiological information and COVID-19 medical records can provide trustworthy answers.

Doctor José Antonio Pérez Molina indicated that the appearance of different strains is normal in this type of microorganisms. Pérez Molina is a specialist in infectious diseases at the Ramón and Cajal Hospital in Madrid and a member of the Spanish Society of Infectious Diseases and Clinical Microbiology (SEIMC).

The study also clarifies that it’s normal for the least pathogenic viruses to become more prevalent. This is because they manage to establish themselves among the population. At the same time, what usually occurs is that these viruses have a greater ability to spread, but are less lethal.

Some scientists have challenged the way in which the results of this new study have been interpreted. Doctor Isabel Sola points out that the study lacks sufficient information to conclude that one of the types is more virulent than the other. Sola is director of the Coronavirus Laboratory at the National Biotechnology Center of Spain, which is part of the Spanish National Research Council.

At the same time, Dr. Oscar A. MacLean of Glasgow University in the United Kingdom points out that, to date, 111 mutations of this type of virus have appeared. However, none of them have demonstrated significant epidemic effects. He adds that the new Chinese study suggesting two different strains suffers from methodological limitations. He points out the small size of samples as the main flaw.

MacLean and his team went even further. They asked the Chinese scientists to retract their conclusions, as they will only cause more confusion. The World Health Organization (WHO), at the same time, warned about the overinterpretation of these findings. What’s more, the WHO indicated that the two strains are, fundamentally, the same virus.

Why We Catch Colds
Several factors can influence the onset of colds. However, in general, a cold is a viral infection. Why do people catch colds? Read more »
Link copied!
Interesting Articles
Illnesses
Description and Treatment for Viral Pharyngitis