How Much Coffee Should You Have Daily?

How much coffee a person can drink in a day depends on their age as well as their weight. However, we can also find energy in other sources besides coffee 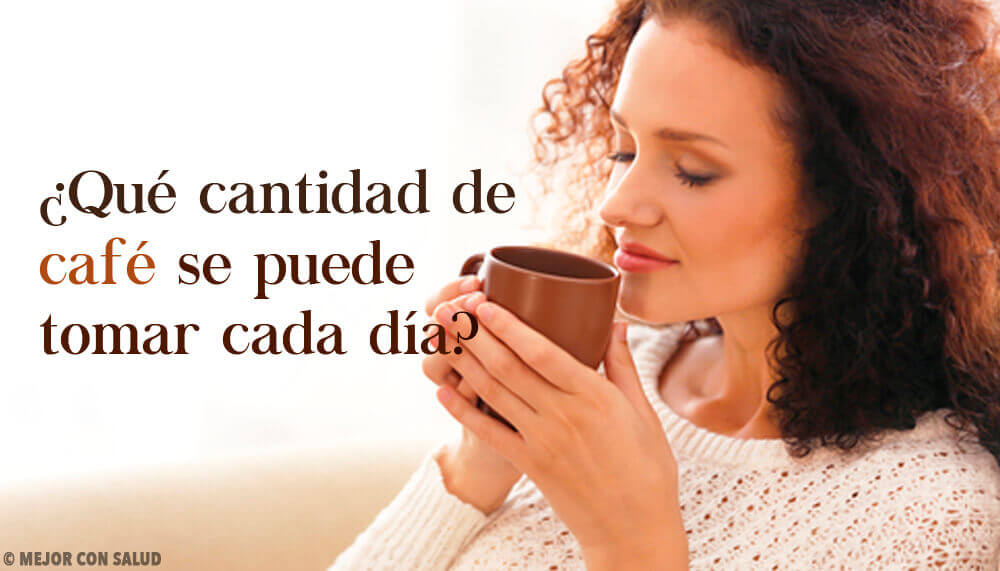 Thanks to coffee, we can manage sleepiness, be more efficient at work and wake up on the right food every morning.

In Spain, the average person drinks about 4.5 kilograms of coffee a year. However, how much coffee can we really drink?

There are several countries that even have a day dedicated to the popular drink. Many people all over the world entrust their everyday to its key component: caffeine.

Caffeine has positive properties for the body. However, ingesting it in excess can generate counterproductive effects for the health of any person.

An overdose of this alkaloid is enough to cause dangerous symptoms such as:

Although a person would need to ingest a considerable amount of caffeine to suffer from a medical problem of this kind of proportion, a person could even die from a caffeine overdose.

Everything depends on the body of a given individual.

Also read: Everything You Didn’t Know about Coffee

How much caffeine is in one cup of coffee?

Knowing just how much caffeine is in a cup of coffee is something very relative. It depends on the quantity and quality of the ground beans used in the mix of this popular drink.

It’s estimated that just one cup of this substance could have anywhere between 50 to 400 milligrams of caffeine. The amount depends on the distribution between the quantity of the coffee and water in each cup.

We also know that a dose of 10 grams could be lethal for the human body.

Keeping that in mind, a person would have to drink 25 cups of strong coffee in a very short period of time in order to face a complication.

However, it also depends on a person’s weight. What’s the right dose of caffeine?

Be have to be very careful with children in terms of caffeine because they have a faster metabolism.

The right amount of coffee

Currently, it’s believed that we shouldn’t ingest more than 4 cups of coffee per day. It’s the ideal consumption limit, but there are some people who exceed it by miles.

Considering that, we should assume each body’s tolerance of certain substances is a unique and unrepeatable ability.

Going over our own limits could cause minor symptoms such as the following:

Visit this article: 3 Healthy and Delicious Recipes with Coffee

There are other options

If we want to be more efficient, stay awake or wake up with more bounce, there are other alternatives that can complement coffee.

For example, a chocolate bar can re-energize us and even activate substances like endorphins and phenylethylamine, which are linked to the feeling of happiness.

Adding on, there are teas available that can stimulate us and keep us very focused and concentrated. Some of these drinks have caffeine, but only in very small quantities.

The best news is that caffeine isn’t the only alkaloid out there that can boost our physical and intellectual performance.

In all probability, caffeine just might be the most used and known legal drug in the whole world. However, it’s also true that it’s a psychotropic substance and as a result, could lead to addition for those who have the habit of drinking it.

To be more specific, we’re referring to muscle pain and headaches, physical tiredness and concentration problems.

So, the drowsiness and lack of attention that we feel when we don’t get enough caffeine could actually be the result of frequently drinking coffee.

In summary, drinking coffee won’t have a negative impact on our body as long as we drink it in moderation.

Its benefits are positive for our productivity, but its abuse could lead to opposite effects.

8 Wine Myths that We Still Believe
Do you love wine? Well, let us fill you in on some things that you should know. There are a set of wine myths that you should be aware of so that you can stop believing in them. By tossing the myths, it’ll be simpler for you to buy a bottle of wine. Read more »