Motivational interviewing (MI) in healthcare settings is often recommended as an evidence-based approach to behavior change. Continue reading to find out more about it. 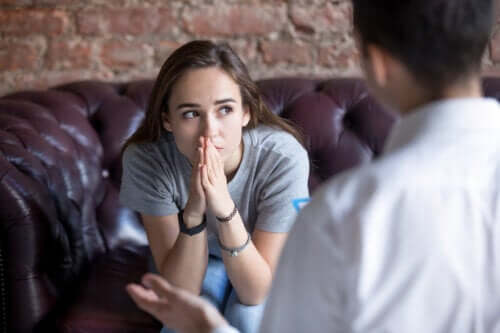 Knowing the meaning of motivational interviewing (MI) in healthcare settings, as well as its applications and potential benefits is important for the promotion of healthy habits. It’s also helpful in the eradication of practices that could be detrimental to health.

In this respect, this article published in RET mentions how motivational interviewing is important for bringing about behavioral change. This is because it facilitates interpersonal relationships and helps resolve ambivalences.

The process of motivational interviewing in health contexts

This is a strategy or tool to encourage and promote changes in certain behavior that may be harmful.

It’s particularly relevant during adolescence as many of their health problems are often related to how they behave.

In this respect, and unlike what we may assume, some research, such as this one published in Journal of Consulting and Clinical Psychology in 2017, reveals it’s more effective in those who aren’t prone or motivated to change than in those who’ve already decided to do so.

Thus, there’s much written about health promotion strategies to achieve behavioral changes. In fact, note that the use of incentives is one of these proposals.

Is it a strategy or a communication style?

Motivational interviewing (MI) in healthcare settings is often recommended as an evidence-based approach to behavioral change. According to a report published in Gaceta Medica, “practitioners who opted for motivational interviewing (MI) achieved a greater health benefit for their patients than those who continued with usual counseling.” However, definitions widely vary, including outdated and inaccurate interpretations.

Check out these Tips to Avoid Sleep Disorders in Teens

What, then, is motivational interviewing?

According to research conducted by Miller and Rollnick in their book Motivational Interviewing: Helping People Change:

“MI is a collaborative, goal-oriented communication style with a focus on the language of change. Its purpose is to strengthen personal motivation and commitment to a specific goal by eliciting and exploring the person’s own reasons for change within an environment of acceptance and compassion.”

Thus, the qualities of MS, according to these same authors include:

Some considerations about the motivational interviewing technique

It’s important for the professional who implements it to develop open-ended questions. The kind they could also ask during a job interview, for example. This, in turn, should allow for the exploration of people’s experiences, perspectives, and ideas.

In parallel, the basis for reflections is listening carefully and trying to understand what a person is saying. You can achieve this by repeating, rephrasing, or offering a deeper insight into those who are trying to communicate. The latter is a fundamental skill of motivational interviewing; especially how we express empathy, a rather relevant ingredient.

Learn some Strategies to Promote Healthy Habits in Teens

As far as MS in the healthcare context is concerned…

It’s essential to know the meaning, the scope, the logic, and the method of motivational interviewing (MI). Whether or not this is the only or the best alternative is something every professional who interacts with young people must identify.

Finally, it’s also important that those who adopt it or wish to implement it base their actions on the best available evidence on the subject. Such as what we described above.