Methylphenidate: What Is it and What’s it Used For?

Methylphenidate is a prescription drug used mainly for the treatment of attention-deficit/hyperactivity disorder. However, it’s also used to treat other conditions. 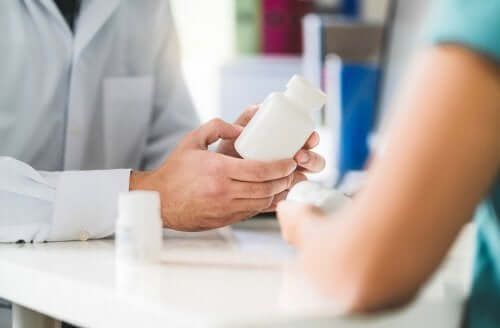 Methylphenidate is a drug medical professionals indicate for the treatment of ADHD, or attention-deficit/hyperactivity disorder. Also, they prescribe it to treat postural orthostatic tachycardia syndrome and narcolepsy. However, medical professionals can also prescribe it to treat cases of fatigue and depression that are resistant to standard treatments.

The history of methylphenidate

The use of stimulants for the symptomatic treatment of narcolepsy dates back to the 30s when doctors began to prescribe ephedrine and amphetamine. Later on, thanks to clinical research, experts observed significant progress in hyperactive children who had taken amphetamines, specifically Benzedrine.

In 1944, during World War II, experts synthesized methylphenidate for the first time. During the war, many experts experimented with chemical variants of amphetamine in the search for molecules with similar properties but with fewer or milder side effects. Then, the methylphenidate patent came out in 1954. The action of this drug on the human body had, concerning other drugs of its class, fewer neuro-vegetative side effects.

This drug belongs to a class of compounds with a piperidine structure. It increases the brain levels of dopamine and norepinephrine due to its ability to inhibit the reuptake of respective monoamine transporters.

Methylphenidate has a similar structure to amphetamine. However, it isn’t neurotoxic. Thus, it doesn’t have the same effects. Below, we’ll talk more about the disorders this drug is indicated for.

ADHD is a neurobiological disease that manifests in childhood. As of yet, it’s exact cause is unknown.

Attention-deficit/hyperactivity disorder is a neurobiological disorder that originates in childhood. It affects more than 5% of children in the world. Currently, experts don’t know the exact causes of the development of the condition. Nevertheless, they’re evaluating the possibility that it’s a combination of various risk factors that act together.

However, although the exact causes aren’t known, experts concluded that genetic and environmental factors have a big influence on its development. Also, attention-deficit/hyperactivity disorder has a 76% chance of being inherited.

On the other hand, as to the characteristic symptoms of this condition, we can mention three core symptoms:

For these symptoms to be associated with ADHD, they have to meet certain conditions:

This syndrome is characterized by dizziness or feeling faint. It manifests when the autonomous nervous system doesn’t work properly.

This disease, which can be treated with methylphenidate, can occur after a viral infection or an injury. However, it’s very difficult to know if one of these circumstances is the underlying cause of this condition. Currently, experts are researching to better understand the cause of postural orthostatic tachycardia syndrome.

People with narcolepsy often have difficulty staying awake for long periods, regardless of the circumstances.

Just as the other two conditions we explained above, experts still don’t know the specific cause of narcolepsy. However, patients with this disorder tend to have low hypocretin levels. This is a substance in the brain that helps regulate sleep-wake cycles.

You should also read: 8 Easy Ways to Fight Sleep Disorders

Methylphenidate is a prescription drug mainly used to treat attention-deficit/hyperactivity disorder. However, medical professionals also prescribe it to treat other diseases, namely the ones we discussed above.

You must follow your doctor and pharmacist’s recommendations, as it’s a drug that has serious adverse effects. Also, misusing it could have serious health consequences.

Signs of Attention Deficit Disorder in Children
Attention deficit disorder in children can be a major concern for parents. However, it's difficult to get an accurate diagnosis at a young age. Read more »
Link copied!
Interesting Articles
Medication
Uses and Side Effects of Citalopram