The nutritional requirements of a critically burned patient are increased due to the hypermetabolism and hypercatabolism caused by the injury. Therefore, the nutritional therapy should be based on optimizing caloric and proteinic content. 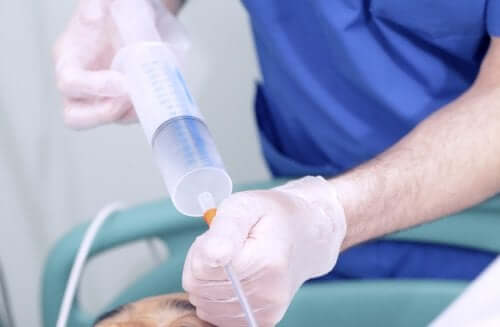 A critically burned patient experiences a number of symptoms that create an energy deficit, due to a negative balance of proteins and a deficiency of antioxidant micronutrients. For this reason, experts recommend a personalized nutritional plan that prioritizes enteral nutrition from the beginning of the treatment.

This type of patient can present different magnitudes of the situation depending on a variety of biomolecular changes. The severity will depend on the amount of total body surface burned. In this article, we’ll explain certain metabolic alterations, and the most appropriate nutritional therapy for these patients.

According to a study published in Critical Care, patients with these types of injuries experience systemic inflammation that triggers an extreme and persistent hypermetabolic response. This state begins between three and five days after the burn. The response usually produces:

In the early stages following the burn, the increase in the rate of production and oxidation of glucose, along with inadequate removal from tissues of the same, produce hyperglycemia and hyperlactatemia.

Hyperglycemia occurs when blood glucose levels increase. The same occurs in hyperlactatemia, but with levels of lactic acid. Symptoms associated with hyperglycemia are:

Experts recommend treating these patients with insulin when glucose levels are above 150 mg/dl. The goal is to maintain glucose levels below 180 mg/dl, and above 70 mg/dl to avoid hypoglycemia.

However, the concept “diabetes paradox” has recently been introduced, especially regarding metabolic control prior to the incident, by way of determining the glycosylated hemoglobin.

In this way, the ideal glycemic range when recovering from this severe injury is determined by the glycosylated hemoglobin value, allowing between 160 and 220 mg/dl.

However, the diabetes paradox phenomenon and the new ideal ranges have not been studied in critically burned patients yet.

Also read: What Are The Differences Between Glucose and Fructose?

Critically burned patients also exhibit severe hypercatabolism, which is an increase in the deterioration of organic nutrients. This is associated with organ malfunction, muscle weakness, and increased mortality. Studies have shown that these patients have higher protein requirements.

In burn patients, experts estimate that one square meter of burned skin causes a daily nitrogen loss of between 20 and 25 grams (1 ounce). This fact means a 20-25% loss of lean body mass.

Additionally, experts estimate that average nitrogen loss in critically burned patients without nutritional therapy is more than 0.2 grams of nitrogen per kilogram of the patient’s weight per day. This means the patient could lose up to 10% of their body weight in the first week.

The hypercatabolic response is decreased with the administration of exogenous insulin. It works by affecting the balance between protein synthesis and proteolysis, which primarily occurs in skeletal muscle.

When a burn occurs, it causes a mobilization of fatty acids from the adipose tissue. The increased levels of catecholamines, glucagon, and adrenocorticotropic hormone mediate lipid synthesis and the increase in the flow of fatty acids towards the plasma.

In this way, lipolysis can remain high between 2 and 5 months after the burn, with the alterations in the fatty acid profile being most pronounced 7 to 10 days after the injury.

These patients require treatment as early as possible. The enteral route is the most common choice. Up to now, some studies have shown that enteral nutrition early on within the first 6-12 hours is safe and effective for regulating the hypermetabolic response.

In this way, levels of catecholamines, cortisol, and glucagon can be significantly reduced, with an associated increase in the production of immunoglobulins.

This nutritional strategy maintains the integrity of the intestinal barrier, its motility, and splanchnic blood flow. Furthermore, enteral nutrition has been shown to decrease the occurrence of infections, although not in 100% of cases.

There are some Excel programs that can show the individual nutritional requirements of a burn victim, making dietary management easier. An example is one that appears in an article published in Zhonghua Shao Shang Za Zhi.

Finally, we’ll mention that the nutritional requirements of critically burned patients are increased due to the hypermetabolism and hypercatabolism they produce. Therefore, nutritional therapy should target the optimization of caloric and proteinic content.