The Many Helpful Uses of Hydrogen Peroxide

Hydrogen peroxide is a mild antiseptic usually used on the skin to prevent infection of minor cuts and burns. 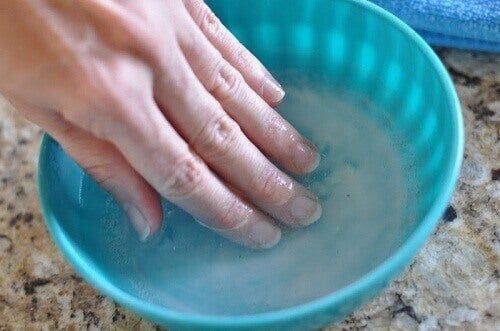 You probably think that hydrogen peroxide is no more than a first-aid kit essentially used to disinfect scrapes and cuts. Nothing could be further from the truth. The many uses of hydrogen peroxide will surely amaze you. Find out more in the following article.

The Common Uses of Hydrogen Peroxide

H2O2 (hydrogen peroxide) is the only germ-killing agent made up of nothing but water and oxygen. Because of this, it is considered to be the safest and most effective natural disinfectant. It is safe to say that the many uses of hydrogen peroxide aren’t well known.

Add one cup of hydrogen peroxide to white clothing to prevent yellowing over time. It also removes blood stains from carpets. Apply directly to the stain, let it set a minute, and scrub with a brush. Then clear up with cold water.

Creates a detoxifying and rejuvenating bath

Use a few spoonfuls of 3% hydrogen peroxide in a tub of warm water. Get in for a half-hour, and if necessary, add hot water to keep the bath at a comfortable temperature. You’ll eliminate bacteria that accumulate on the surface of your skin.

Sprinkle a mixture of half hydrogen peroxide, and half tap water. Apply the mixture between toes or on nails and allow it to air dry.  If there are chronic infections, use twice as much hydrogen peroxide mixed with hot distilled water and apply once or twice a week.

Helps with colon cleanse or enema

Add one cup of H2O2 to 15 liters of water (for colon cleanses). And one tablespoon of H2O2 to a liter of hot distilled water for enemas.

Pour a few drops of hydrogen peroxide on an infected area, wound, or cut a few times daily. If gangrene has started to develop, submerge directly in pure H2O2.

If this problem occurs, you can apply a splash of pure hydrogen peroxide each hour to the affected skin.

Mix one tablespoon of hydrogen peroxide with one cup of water with no bleach and pour into a container to use as a nasal spray.

It’s good to gargle and care for the mouth

Place a cap-full of hydrogen peroxide in the mouth for 10 minutes without swallowing. This will get rid of and prevent mouth sores. Your teeth will be whiter and at a lower risk for cavities.

Many people use it as a mouthwash after brushing their teeth. You can make a homemade toothpaste out of baking soda and hydrogen peroxide and even keep your toothbrush in H2O2 to keep it germ-free. Since it has anti-bacterial, anti-viral, and anti-fungal properties, hydrogen peroxide can sometimes even help with toothaches.

Read more: How to Cure a Tooth Abscess with 10 Home Remedies

Hydrogen peroxide can highlight hair a few shades lighter. Dilute it in water (50/50) and pour on hair after showering. Comb afterwards. The result is a faint lightening, so no need to worry about becoming “platinum”.

The Amazing Uses of Hydrogen Peroxide in Beauty Treatments
Before using hydrogen peroxide in beauty treatments, it's a good idea to make sure it won't produce an allergic reaction. Test it on a small area. Read more »

Link copied!
Interesting Articles
Did you know?
Is it Possible to Remove Tattoos?