Lynlee, the Girl Who Was Born Twice

Doctors had to remove a tumor from little Lynlee at 16 weeks of gestation. Afterward, they had to go back and return the baby to her mother's uterus. 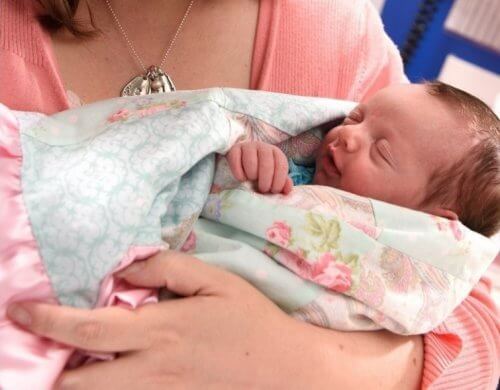 Lynlee Hope Boemer is a little girl from Lewisville, Texas, whose amazing story is known throughout the world. Technically, she was born twice. The date of her birth, which is registered as her birthday, is not actually the day that she entered the world.

When her mother was 16 weeks pregnant, a sonogram found that Lynlee had an infantile tumor on her coccyx.  This tumor is known as a teratoma sacrococcygeal.

Because of the position of the little girl and the size of the tumor, her life was in danger. The tumor was taking blood from the baby and could have caused heart failure.

A double intervention was required.

The child only had a 50% chance of survival, but they decided to take the risk. Lynlee was connected to the placenta by means of the umbilical cord during the surgery and received oxygen.

It was a remarkable procedure and is truly an amazing medical accomplishment.

The doctor performed the surgery at 23 weeks of gestation. At the same time, the tumor was pressing against the heart of the baby.

Oddly enough, the tumor was almost the size of Lynlee at the time they were operating on her.

Due to the difficulty of the surgery, her heart actually stopped beating while doctors were removing the main part of the tumor.

In spite of this, she held strong. When the doctors finished the operation, they returned the fetus to the mother’s womb. Her mother stayed on best rest for 12 weeks while the baby finished developing.

Lynlee was “born the second time” on June 6, 2016. Days later, doctors removed the rest of the tumor and she began to heal.

Presently, Lynlee is at home recovering so she can begin her life.