Why Love and Sacrifice Exclude Each Other

If your relationship is synonymous with insecurity, lack of self-confidence and unhappiness, you need to read our article on love and sacrifice. 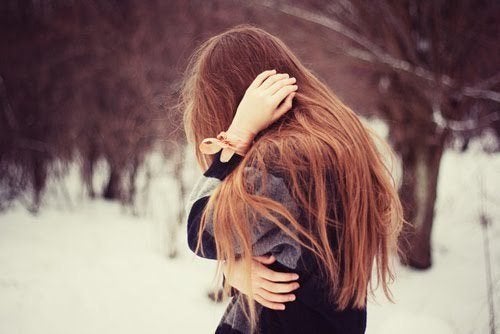 This belief has caused many people to put up with things in their relationships that, when seen from the outside, seem inconceivable.

These include daily arguments that drain you and weaken you. It also includes signs of possession. This possession causes people to become objects instead of human beings.

All of this has become known as “suffering for love.” And, currently, there are still people who think that love is synonymous with effort, sacrifice, and pain.

When we think that love is a sacrifice, we fall into the terrible claws of co-dependency. Then, we do everything possible to keep up walls that threaten to fall at every turn.

Our partner starts to be everything for us. However, if we have to force ourselves to maintain a love, maybe it’s better to let it go.

Among these sacrifices, sometimes we allow for mistreatment to happen in the relationship. This could be a lack of respect, unfaithfulness, or indifference from the other person.

We lower ourselves, we allow our self-esteem to crash to the floor. And, this all of happens because we’ve learned to depend on love, to suffer for it.

Because we put love and fighting at the same level, and this means suffering. But, suffering doesn’t make us happy. So, we’re in a vicious cycle that we can’t see an exit to.

We sacrifice ourselves for a relationship. Giving 100% when the person might not even give 15% is like digging your own grave.

In the end, there won’t be anything left of us. We will have given everything, even things we don’t have. And, it will all be for a wrong belief about what love in a relationship means.

Read also: The 18 Best Love Messages for Your Boyfriend

If it hurts, it isn’t love

Silvia Congost is a psychologist that helps with emotional dependency cases. She wrote a book titled “Si Duele no es Amor” (If it Hurts it isn’t Love).

In this book, she covers several cases of suffering, desperation, and giving everything for the other person. In these cases, the problems start to bring people down and they cause their life to become a period of suffering.

When love starts to be a true sacrifice, it’s important that we reevaluate the relationship we’re in.

Maybe we’re suffering because the other person isn’t treating you well. Or, maybe it’s because we aren’t treating ourselves the way we should.

Whatever it is, if the situation isn’t making us happy, it’s important to turn around or leave it.

Love is respect. It’s making the other person better every day. It’s passion, happiness, and joy… Love is generous, implies liberty, confidence, and it allows us to grow.

If love doesn’t have any of these qualities, it’s something else. This includes suffering, pain, bitterness, and constant fighting. In these cases, it isn’t love.

Let’s open our eyes to be able to enjoy all of the good that love has to offer. And, this doesn’t have anything to do with suffering, pain, or pushing ourselves.

If there is love, it won’t lead to any stress. Things will happen by themselves, without any need for hogging. We also won’t need to account for the consequences of giving of ourselves.

Like we said before, sometimes we give 100%. What if the other person only gives 15%? We’ll end up hurt. This happens because we get to the point where we’re exhausted. Also, the relationship will founder and blame will rise.

Let’s not confuse love with suffering. This refers to toxic relationships in which we dive leaving feeling down.

We won’t spend most of our lives going from a broken relationship to another. This is because we’ll have an idea of what it means to love someone.

This is the moment to let everything flow. And, if we feel bad with someone, we see that something has to change. Or, maybe it’s the time to end it.

Love is to be enjoyed, its sweetness savored. And it let’s us bring out the best version of ourselves.

What happens to us if we weren’t loved during our childhood?
Attachment is the basis of our development and an undoubted source of satisfaction with life. But what happens when we weren't loved in our childhood? This seems to be the source of some behavioral problems. Read more »
Link copied!
Interesting Articles
Relationships
Rebecca Syndrome: Jealousy Over Their Ex