Listeriosis is a foodborne disease that primarily affects pregnant women, the elderly, and the immunosuppressed. 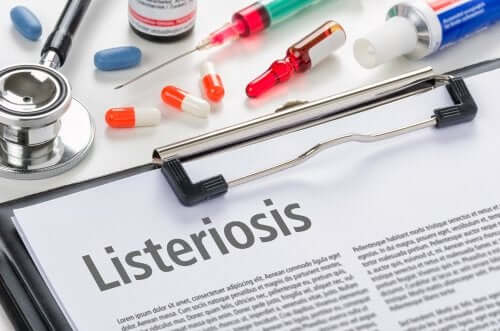 This disease, listeriosis, was the biggest breaking news article in 2019 when it affected millions of people in Spain. Researchers discovered that meat products caused this outbreak. In addition, in the European Union, listeriosis disease has been on an upward trend since 2008, with higher mortality rates than other foodborne pathogens.

According to the European Food Safety Authority, it could be an emerging disease in Europe and be under-diagnosed. In fact, in Spain, it didn’t enter the catalog of notifiable diseases until 2015, but the number of hospitalizations has been increasing considerably. Therefore, it’s important to know how this bacterium is transmitted and how to prevent it.

What is listeriosis disease?

The bacterium Listeria monocytogenes causes the listeriosis disease. It’s a gram-positive bacteria that can survive in the presence and absence of oxygen. Its ability to grow at temperatures as low as 0°C allows it to multiply at normal refrigeration temperatures, which increases its ability to evade the usual control measures on food processing.

How is listeriosis transmitted?

This bacterium has an animal reservoir and is widely distributed in the environment. It can contaminate a wide variety of food or beverages, as well as produce cross-contamination. It’s one of the foodborne diseases with the highest mortality rates, and long-term problems in relation to the sequelae it can cause.

Sausages and hot dogs were the main reason for the outbreaks of listeria infections in the 1990s. Now, dairy products, fruits, and vegetables usually spread listeria outbreaks. In addition, researchers have tracked recent outbreaks to soft cheeses, celery, sprouts, melon, and ice cream.

People with invasive listeriosis usually report symptoms 1 to 4 weeks after eating the contaminated food. However, symptoms are primarily the same as those that are presented with gastroenteritis, but, in risk groups, meningitis, meningoencephalitis, or septicemia may also occur.

How to prevent listeriosis?

To avoid contracting this disease, it’s very important to have food safety measures with the foods we just mentioned. You should be especially careful with people at higher risk, such as pregnant women, older adults, and people with weakened immune systems.

Fresh cheese and other soft cheeses

You may like: Everything You Need to Know About Feta Cheese

These include smoked fish and seafood such as salmon, trout, white fish, cod, tuna or mackerel.