Learn How to Prepare Delicious Tiramisu with this Homemade Recipe

Preparing tiramisu is not hard as you may think. You just need to have the right ingredients and follow the instructions step-by-step. The end result will be really delicious! 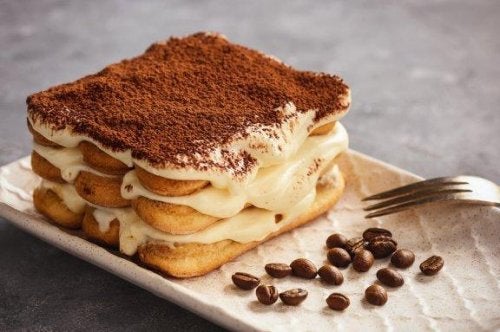 Coffee is the star ingredient of many desserts such as pies, cakes, mousses, creams, and countless other creations. In this article, you’ll discover everything you need to know to prepare delicious traditional tiramisu dessert two ways.

Tiramisu is a cold layered dessert that’s usually prepared with coffee and liqueur. Some variations of this recipe include chocolate or fruit. Actually, some tiramisu recipes also include elements such as cookies or ladyfingers soaked in espresso coffee.

This dessert originated in the 50’s in Venice, Italy. Its name comes from the Italian word “tira mi su,” which can be loosely translated as “lift me up” (that’s where the coffee and sugar comes in, of course!).

Although this dessert traditionally wasn’t made with liqueur, you should try adding some. This will make it taste better when combined with coffee.

In addition, you should also add some Mascarpone cheese, which is a traditional ingredient of tiramisu nowadays. You can also add any other ingredient of your choice.

This article may interest you: 5 Coffee Recipes You Didn’t Know About

1. Preparation of the Cream:

2. Preparation of the Tiramisu:

We know that many people can’t eat desserts with a lot of calories. For this reason, we’ve decided to share a lighter variation of this tiramisu recipe so you can enjoy it with no regrets.

Do you know how to make tiramisu?
Tiramisu is a modern Italian dessert that has captivated foodies all over the world ever since it was invented in the 50's. When you see the ingredients, it's not hard to see why! Read more »
Link copied!
Interesting Articles
Desserts
A Recipe for a Chocolate-Persimmon Custard Pie