Learn All about Schizophreniform Disorder

Schizophreniform disorder is a type of schizophrenia with similar symptoms. Typically, between 60 to 80% of these patients progress to schizophrenia. Learn more here! 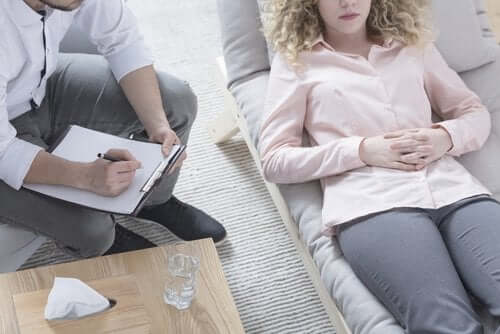 Schizophreniform disorder is known as a type of schizophrenia and, as such, has similar symptoms. However, these symptoms always last more than one but less than six months in their respective prodromal, active, and residual phases.

When a patient has symptoms of schizophrenia but they haven’t been present for the full six months required for the diagnosis of this condition, they’re suffering from what’s known as schizophreniform disorder. Typically, between 60 to 80% of these patients progress to schizophrenia. In some situations, patients come to suffer from bipolar or schizoaffective disorders.

For a patient to be diagnosed with schizophreniform disorder, their symptoms couldn’t have been caused by medications, recreational drugs, or medical or other psychological problems.

Overall, the duration of the disorder is what differentiates it from schizophrenia. In addition, it doesn’t have any other underlying cause or explanation.

Overall, people from all cultures can develop this disorder, with a predominance of previous schizoid personality disorder in 50% of cases. Recent studies estimate that less than 1% of the population suffers from it.

When parents have a schizophrenic disorder, there’s a 20-40% chance their children will suffer from it. This disorder may also evolve to schizophrenia.

Although it manifests in both men and women, it’s usually more common in younger men. After a first episode, 30% of patients don’t relapse. However, the remaining 70% relapse or tend towards chronic schizophrenia.

First, the duration of the condition is different. As we mentioned above, it must last for at least one but less than six months. Likewise, the disorder typically doesn’t affect the patient socially or occupationally.

The main ones are:

Negative symptoms affect a patient’s personality. The most important ones are:

This article may interest you: The Most Dangerous Drugs in the World

Discover: The Best Tips for Having a Young, Vital Brain

About half of patients diagnosed with schizophreniform disorder evolve into schizophrenia. However, the exact cause of the disorder is unknown.

However, cognitive behavioral therapy may help patients, especially in understanding their disorder and offering practical ways of coping with it. Other therapies and methods may also yield good results.

If violent or self-destructive symptoms manifest, hospitalization may be required. Family therapy shouldn’t be overlooked, as it helps patients cope with their disorder in a comfortable environment where they feel safe.

The Most Common Mental Illnesses
When we talk about mental illnesses, we refer to imbalances that manifest as alterations in behavior, reasoning, or recognition of reality. Read more »
Link copied!
Interesting Articles
Illnesses
Can Celiac Disease Cause Infertility?