What Happens to Your Body When You Drink Coca-Cola?

The fact that Coca-Cola is useful for cleaning vehicle engines or for unclogging plumbing gives us a clue to the type of ingredients that it contains. 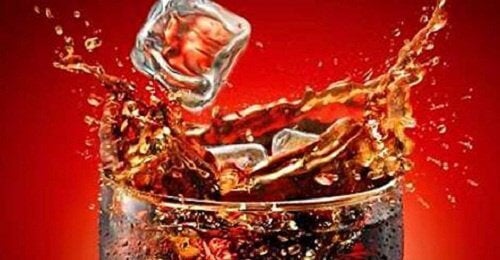 Thanks to various investigations conducted in recent years, what many already feared has been confirmed: Coca-Cola has serious effects on our health from the very moment that we take a sip.

For many years, various health campaigns have aimed to get people to eliminate beverages such as Coca-Cola from their diet. However, the statistics showing the number of consumers of this product are still very alarming.

It is estimated that every 24 hours 1.6 billion Coca-Cola products are consumed throughout the world.

What are the harmful effects of Coca-Cola?

Coca-Cola is full of compounds that are harmful to our health, whether it be problems that arise in the short term or the long term. It is enough to know that a single can or bottle contains 10 teaspoons of sugar, as well as other chemicals that affect different major organs of our body.

Discover: How Much Sugar Does Your Food Contain? Learn How to Replace Sugar

What happens when you consume Coca-Cola

Taking in 10 teaspoons of sugar all at once has a devastating effect on our body. The reason we do not vomit it out is due to the fact that our body produces phosphoric acid.

Glucose causes our insulin levels to increase, causing the liver to convert all the sugar into fat. Remember that a single can or bottle contains up to 10 teaspoons of sugar.

After this amount of time, our body will have completely absorbed the caffeine. Consequently, our pupils dilate, our blood pressure rises, and our liver releases more sugar into the bloodstream.

This in turn causes the adenosine receptors (predominant molecules in the sleep process) to be blocked and prevent us from feeling tired.

Our body begins to produce more dopamine, a substance which stimulates the pleasure centers in our brain. This type of effect is compared to that produced by heroin.

After an hour of consuming this product, it is likely that we will feel the urge to urinate. What we don’t realize is that by urinating we are also eliminating calcium, magnesium, and zinc.

These are particularly important for the bones, and other important substances that could not be absorbed by our body. As time passes, we start to have a sugar crash and are likely to be slow about our activities and feel lazy.

What harmful substances does Coca-Cola contain?

As we have already mentioned, in addition to its high sugar content, Coca-Cola also has other substances harmful to our health. The following list shows its major components and the effects that they have on our health.

The New Food Pyramid for Healthy Living
A healthy lifestyle that incorporates physical activity is the basis of the new food pyramid. It recommends you get at least one hour of exercise a day to stay in shape and prevent illness Read more »
Link copied!
Interesting Articles
Did you know?
New Year's Traditions Around the World