Kisses and Hugs, the Best Medicine for Your Children

Hugs can instill confidence and convey your love for your children. They’re a fundamental part of making sure that tomorrow your kids are emotionally strong and healthy 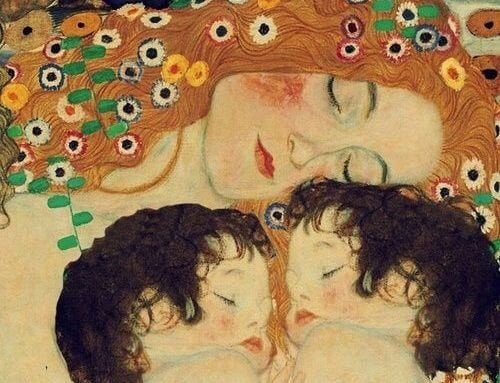 Few things are as comforting and emotionally positive as kisses and hugs.

Your best memories, the most intense moments, are often those times that may only last for a few seconds while hugging someone you love.

The power of hugs and kisses for children goes far beyond the physical plane. These are gestures of love that help them grow and develop the self-esteem and security to interact with the rest of the world.

Hugs and Kisses: Medicine for Your Brain

According to an article in the journal Scientific American, one of the most worrisome effects of orphanages is the lack of touch and other emotional gestures.

Orphaned children may be well fed and cared for. However, there isn’t enough interaction for proper development in the brain for those little “sparks” that will help them grow up more securely.

The brain of a newborn is in a stage that’s hungry for experiences, stimuli, and emotions. It uses these build new neural connections, thus improving volume and creating stronger structures within the brain.

When stress, fear, or insecurity are high, certain parts of the brain will have a smaller size, such as the hippocampus (the part related to memory and emotion).

It has been found that children who grow up in immuno-suppressed environments, lacking affection and physical contact, can develop post-traumatic stress disorder, hyperactivity, low self-esteem, and even aggressive behavior.

According to a study published in the journal Development and Psychopathology, it was found that in many Romanian orphanages during the 1980’s, infants suffered from high levels of emotional stress. Their stress was the caused by the severe emotional deprivation that occurred in these orphanages. It caused high levels of cortisol to be present in the bloodstream, especially in the brain.

The effect was potentially negative if newborns spent their first eight months of life in this state. However, if only two to three months passed before they were adopted by a loving, caring family, the effect could be reversed.

Over, the study found that an infant that suffered from high emotional stress levels during their first eight months of life generally developed a much lower IQ and exhibited increased anxiety behaviors.

We recommend reading Natural Remedies to Improve Your Memory

Hugs and kisses are Universal to all Languages

There’s nothing so instinctive, powerful, and healing as the embrace of a loved one. In the case of infants and children, it’s even more important to carry out such actions.

Here are a series of reasons why:

A child doesn’t just need food, clothing, and an education.

Children also need positive words, your help addressing their fears and worries. They need you to help them navigate their emotional world by understanding them.

They also need genuine physical affection. Children are also very well aware when a hug or a caress is sincere, and when you’re in a rush. Give this the time it deserves.

No gesture of affection is as important as a parent with their child. Make sure you craft these magical moments that will live forever in their minds.

So tell us…Have you hugged your kids today? Don’t wait until later…even if they’re already teenagers!

8 Questions to Ask Your Children’s Teachers
Our children spend a good part of the day at school. Ask your children's teachers these questions to learn how they are doing academically and socially. Read more »
Link copied!
Interesting Articles
Children
8 Crafts to Decorate a Children's Party