There are plenty of good reasons to quit smoking. However, smokers often ignore them because their addiction to tobacco is just too strong. Of course, the main reason for quitting is to improve your health, but you'll also benefit the world around you. Learn more here! 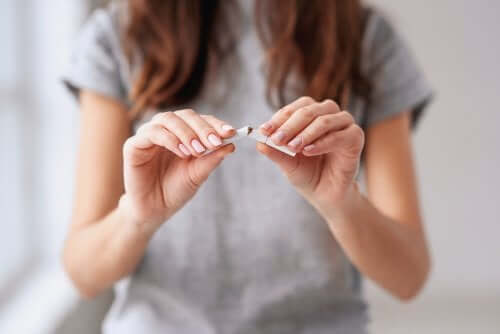 There are endless reasons to kick the habit and stop smoking. On the other hand, the reasons to continue are very few. It’s a fact that smoking’s generally a habit you first acquire without really realizing it. However, you end up being physically and psychologically dependent upon it, and it becomes a habit you find extremely hard to break.

A lot of smokers don’t even really enjoy smoking. It’s a compulsion. They know it’s damaging their lungs and leaves them gasping for breath. However, they’re so addicted they continue to smoke, even if it gives them little pleasure.

Although there are loads of reasons to stop smoking, you shouldn’t do it just because of outside pressure or guilt. What you need to do is to become aware of the benefits of a tobacco-free life. Here are nine good reasons for kicking the habit.

Kick the habit and lengthen your life

It’s a scientifically proven fact that smoking shortens your life. A study conducted over more than 50 years published by the British Medical Journal states that a smoker will, on average, live a decade less than a non-smoker. So increasing your life expectancy is a pretty good reason to stop smoking.

Prevent illnesses that affect your quality of life

Everyone knows that smoking can lead to numerous diseases. The most serious of these tend to be different types of cancer as well as cardiovascular and respiratory illnesses. These disorders and others can, as well as shortening your life, significantly decrease your quality of life. Because you may still live for many years, but you’ll probably have numerous hospital appointments and courses of medication, etc to deal with.

If you’re a smoker you’ll get tired more easily than a non-smoker. In fact, you probably find climbing stairs or going for a walk can be a real ordeal. In fact, sports that require any form of respiratory strength will probably be out of bounds to you. So that’s a really good reason to stop, to increase your physical strength and start to enjoy healthy and fun activities.

Smoking affects the appearance of your skin. It makes it dry and ages it prematurely. Smoking also causes bad breath and various dental problems. In fact, teeth often look yellow as well as your nails and fingers. Then of course there’s the smell that clings to you when you smoke. So, without a doubt, quitting improves your overall appearance.

Quitting smoking is never easy.  However, it doesn’t have to be that hard once you’ve decided to do so. You’ll need real strength of character, perseverance, and self-restraint though.

Indeed, it’s a challenge that’ll increase your willpower and, consequently, your self-control. So in this way, you’re not just benefitting your body, but you’re also empowering yourself.

Kick the habit and save money

Nowadays cigarettes and tobacco are pretty expensive. In fact, if you save what you’ve been spending on your habit for a year, you’ll be amazed at how much money you’ve got.

This is a really good incentive. After all, you can spend the money you would’ve spent on tobacco on other things you want to do or want to buy.

Protect the environment and the health of others

In one way or another those close to you will end up affected by your addiction. For example, if you smoke at home they’ll breathe in your secondhand smoke.

You’ll also be adding to environmental pollution to a certain extent. Furthermore, waste from tobacco is the largest source of waste on the streets.

Read:  Reasons to Quit Smoking and Strategies for Success

Kick the habit and free yourself

Smoking’s an activity that imposes a lot of restrictions on you. For instance, if you’ve got a long flight or are going to a social gathering where it’s impossible to smoke, you’re going to feel pretty edgy, as well as a bit of an outcast. Furthermore, as a smoker, you’ll have to go outside every time you want a cigarette.

So if you quit smoking, all those restrictions will be removed and you’ll be able to move around and integrate far more freely than before.

Set an example for the younger generation

It’s quite common for the habit of smoking to be acquired when you’re young. Indeed, if you smoke, you’re sending a message to younger people.  However, tobacco is harmful and you can teach younger generations more by what you do than what you say.

This is one very good reason to stop smoking. You’ll help prevent youngsters from falling into that trap of being dependent upon tobacco, a habit that’ll bring them nothing but harm.

Smoking Cessation: How to Address Each Stage
Smoking cessation is the most relevant health action in terms of prevention. Its first step is to recognize the stage the smoker is in the quitting process. Read more »
Link copied!
Interesting Articles
Healthy habits
How to Adapt to Climacteric and Menopause

Healthy habits
Constipation: What Causes it?

Constipation has a medical definition. However, it's also clear that each person has their own! Each one of us knows our normal defecation rhythm and a change to this is…