Is Your Child Spoiled? 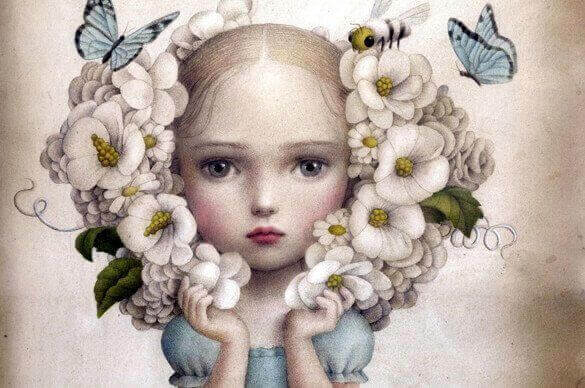 Spoiling your children will have them become people who don’t respect rules, and don’t take responsibility for their own actions. All of this can have serious consequences during adulthood.

This article provides information on the behavioral patterns of spoiled children. Continue reading to find out if you need to make any changes on the way you’re raising your children and prevent them from becoming spoiled.

Read this article too: How to advise your children

The behavior of a spoiled child

Every child knows how to throw a tantrum because in most cases they know they can get whatever they want. Especially, this behavior causes an adult to feel ashamed and guilty.

Take a look at these examples:

A child is at the supermarket with a parent and they want a piece of candy. The parent says “no”. The child insists and then realizes that they’re not getting what they want. So, they throw themselves to the ground and start kicking and screaming.

Once parent sees this, he/she will react by looking at the other parents and starts to feel guilty. Their face turns red from the embarrassment and they give in, saying “Fine, you can have your candy this time but don’t ever do it again.”

Check this article out too: Are children really the reflection of their parents?

What has actually happened here? The child managed to manipulate their parent by making them feel guilty and ashamed. At the same time, the parent has lost their authority because they gave in to the child’s bad attitude. This can trigger future tantrums.

Parents that know a child will behave better when they get what they want, may resort to bribing them whenever they want their children to do certain tasks or fulfill certain responsibilities (do good on a test, for example).

A lack of boundaries at home

The reason for setting boundaries at home is not because parents are harsh on their children, try to be psychologically damaging, or don’t love them. It’s the completely opposite. Boundaries are very necessary.

Parents should be stern on their children and follow through with their rules. Setting a boundary and then letting a child walk over them — such as the description above — is completely unacceptable. Parents have to be firm on the decisions they make. If they become lenient at any moment, the entire lesson would be a waste of time.

Therefore, if you set a boundary by saying “today you won’t get any candy,” then your child gets none during the entire day, period. No matter what happens, how much they cry, how many tantrums they throw, or how embarrassed you feel.

A spoiled child has to learn that adults are serious. They have to understand that “no” means no. If there boundaries are set straight from the beginning, disobedience or even tantrums will become something that typically won’t happen. That’s why you have to impose your rules as soon as possible.

A child is not born spoiled, he/she is raised that way

A spoiled child wasn’t born being spoiled. It’s all based on the parents’ assertiveness, if they allow their child to have a certain degree of selfishness, the children will end up being dissident and their behavior will become increasingly worse.

Soon or later, the children will eventually insult their parents, controlling them, and exercising their power over them, which they shouldn’t have. Above all, they’ll end up not knowing how to value what they have, always wanting more, and never learn how to truly be appreciative.

A spoiled child can become a very unpleasant person as an adult who is harmful to others and, most importantly, to themselves. Children need boundaries, and parents should act like parents rather than friends, never allowing their children to be disrespectful or manipulative.

Before leaving, read this article: Meditation: an alternative to punishment for children?

Remember, anything you do to prevent your children from becoming spoiled will help them be better people in the future, who know how to maintain healthy relationships.

How to Approach Your Children to Give Them Advice
To be able to approach our children and give them advice, we have to build strong communication with them from the time they are young. Read more »
Link copied!
Interesting Articles
Children
The Signs of a Spoiled Rotten Child