Is My Child a Psychopath?

Do you think that your child is a psychopath? Don't turn away from the issue. Ask for help from a professional. 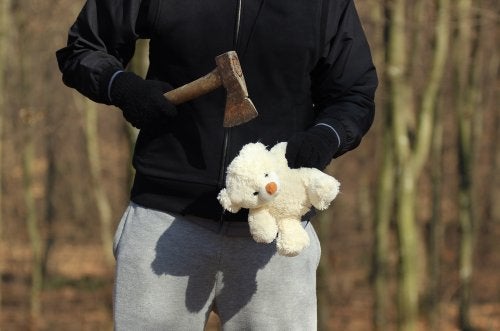 Does your child not empathize with the other children? Does he manipulate someone around him? It could be that your child is a psychopath without you realizing it.

Child psychopathy is a disorder characterized by a lack of empathy and the nonexistence of the feeling of guilt or shame after doing something that hurts or manipulates another person.

This condition is also known as “antisocial personality disorder.” What is clear is that there is a problem with how the children relate to those around them.

The causes can be a genetic component, but it has also been shown that there are certain lesions in the frontal lobe of the brain that may lead to this behavior. In addition, things like traumatic experiences can cause this disorder.

It’s necessary that we understand that, although psychopathy in children can cause a lot of worrying and fear in parents, we have to get rid of the idea that our children will turn into movie killers.

Also, even though the child may present psychopathic traits, it’s necessary for a professional to do a follow up. In some cases, the characteristics that they are showing may not last over time and end up being a false positive.

1. The defy the rules

Your child might be a psychopath is they defy every rule and, regardless of you trying to fix their behavior, they never learn to act the right way.

For example, treating other children their age poorly, trying to manipulate their parents, throwing food at the floor or breaking things systematically could be signs of an underlying issue.

All of this can be an indication that your child is a psychopath if, regardless of all your efforts, there is no expectation that his/her behavior will improve.

In order to know if your child is a psychopath, you have to look at how they act around animals, especially with those that cannot defend themselves.

Have they killed one? Mutilated one? Have they hurt one voluntarily and consciously? If so and the behavior is repetitive, you should look for help.

Sometimes, children play with animals and they hurt them or they try things with them that turn out badly. However, this is not always an indication of psychopathy if they end up empathizing or feeling bad when you explain to them that animals are not toys, but living beings.

Naturally, when we tell a child that they have done something wrong, they should feel some sort of regret.

Children aren’t born knowing everything and, sometimes, they are wrong. Therefore, we have to make them aware. But, what if they don’t feel regret? What happens if they cannot empathize with those around them?

Then you might find yourself faced with a psychopathic trait that should be analyzed by a professional.

Violent outbursts can be seen in children as well as adults, because of their inability to control their emotions.

However, this trait in children could be a reason to worry. Are they causing harm to an animal during these outbursts? Are they using violence against other human beings? After their outbursts, are they not even feeling the slightest regret?

In these cases, without any doubt, we have to put the situation into the hands of a professional because it is very important that this situation is analyzed on time.

The importance of the parents being involved

Parents, on occasion, don’t take enough time to analyze the situation and think about the possibility of their child being a psychopath.

Also, they have to keep in mind that parents always tend to deny any type of disorder or problem that their child might have, even though they show signs of having it.

Parents always tend to think that their children are perfect.

However, quick action on their part can really help their child. It could end up having been a false alarm or they can start treatment quickly to improve the problem.

It’s important to make it clear that, in the case that the child is diagnosed as a psychopath, the possibility of “curing” it is very relative.

Currently, there is no effective treatment to solve this disorder, but there are tools to improve it.

Do you think that your child is a psychopath? Don’t turn away from the issue. Ask for help from a professional.

5 Myths About the Psychopathic Personality
People with a psychopathic personality often don't appear bad. This is one of the many myths that surround this disorder. Learn more in this article. Read more »
Link copied!
Interesting Articles
Children
Excess Weight in Children: What You Should Know