Is it Possible to Remove Tattoos? 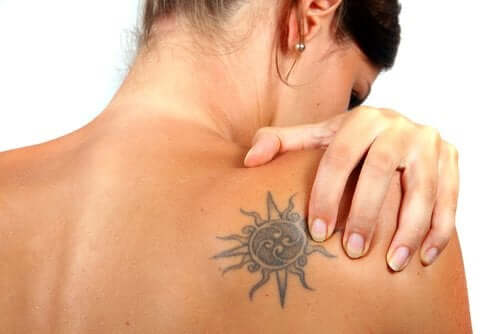 People remove their tattoos more often than you may realize. Of course, when a person gets a tattoo, they assume it’s something that will stay with them for the rest of their lives. As time goes by, there may be regret or a desire to change.

According to some statistics collected among people with tattoos, after five years of having one, almost 60% are regretful. Among that 60%, not all go on to remove the tattoo, but a large part of them do.

Dermatologists have seen an increase in tattoo removal clinics around the world. This, of course, also has to do with the fact that more and more people are getting tattoos in the first place. However, from 2012 to the present, the number of tattoo removal procedures doubled in their annual average.

The procedure to remove tattoos isn’t easy. That’s because the tattoo is an ink that’s located in the dermis, the intermediate layer of the skin that is below the surface. The tattoo needle penetrates the epidermis, which is the superficial layer, and deposits ink that fills the cells.

Besides being difficult, the procedure becomes expensive, and that makes erasing tattoos not accessible to everyone. It’s important to take into account that, once the procedure is over, some scar marks and changes in skin color may remain.

There are three basic medical techniques for erasing tattoos. In this sense, it will be the dermatologist who’ll decide which technique is best for each particular case.

Let’s see each one in more detail:

The most frequent technique to remove tattoos is with a Q-switched laser. This is a very powerful pulse laser, with some variations according to the type of skin that’s undergoing the treatment.

It’s not possible to remove a tattoo in one go. Laser treatments to erase tattoos consist of several sessions that depend on the size of the tattoo, its colors, the time it’s been on the patient’s skin, and skin type.

Some tattoos require up to eight laser sessions. Each session lasts approximately twenty minutes, but sessions can’t take place daily. Some time must pass between each application, sometimes up to a month. So, we can say that treatment may take almost a year.

The laser is applied in outpatient clinics, not in operating rooms. Local anesthesia is used to reduce the pain of the laser pulse. After the application, some adverse effects appear in the pulsed region, such as inflammation and, perhaps, bleeding. The doctor in charge of the treatment will be the one to indicate the care that the patient should take into account.

Tattoos can be removed through classic surgery. It’s possible to perform this procedure only on small tattoos, otherwise, it would be impossible to close the skin again.

This technique is a removal, plain and simple. Anesthesia is applied, the edges to be removed are defined with a scalpel, the piece of skin with the tattoo is removed and closed with a suture. Obviously, a scar remains.

The technique is totally effective for the objective at hand. However, logically, it’s only for small tattoos whose scar has a minimal impact on aesthetics.

Read more: Natural Creams to Reduce the Appearance of Scars

The third existing technique to erase tattoos is dermabrasion. As its name suggests, with the dermabrasion technique, the skin is sanded to remove the cells with ink and allow some of that ink to come out in a liquid form.

The procedure starts with cooling the skin to make it numb as if it were an anesthetic. Then, a device is applied to the tattooed skin that turns at many revolutions, with a brush capable of causing the abrasion of the skin.

This is a painful procedure that is applied in a single session. The inflammation of the treated area lasts several weeks. According to estimates, the adverse effects can last up to a month.

It’s a less effective technique than the laser, for example, but less expensive. This factor causes some people to choose dermabrasion, although it’s currently one of the least possible treatments.

Whatever the technique used to erase tattoos, special care will be required afterward. Adverse effects are present with any of the three procedures.

Among the general measures to take after having attended a session to erase a tattoo, we have:

Remember: It’s possible to remove tattoos, but the process to achieve it has its difficulties. Not only do you have to think about the existing techniques, but also about the side effects that require special care.

If you’re thinking about erasing a tattoo you have, the best thing to do is to consult a professional dermatologist who can advise you. They’ll evaluate your tattoo and your skin to suggest the best technique for your specific case.

Man Gives “Temporary Tattoos” to Sick Children
The ink used in these tattoos is not toxic and it is washable. But the confidence and strength that it gives these sick children will last much longer. Read more »
Link copied!
Interesting Articles
Did you know?
Vegan Meat Substitutes: What Are the Best Options?