What is an Inguinal Hernia? 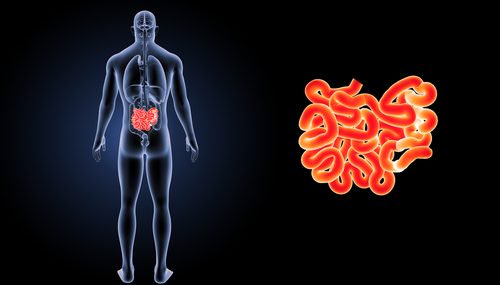 Do you know what an inguinal hernia is?

In general, a hernia is a protrusion that can be found in either the abdomen or the groin. It occurs when there is a weak spot or a hole in the abdominal wall.

Typically, a hernia is a consequence of a problem with your body’s tissue structure and it manifests in the form of a bulge.

It’s known as an “inguinal hernia” when it forms at the exit of an intestinal loop – the jejunum or ileum – through the inguinal canal.

Inguinal hernias can be inherited or acquired. For example, if a young child experiences this type of hernia it’s typically congenital, while when it occurs in an adult it’s usually acquired.

Acquired hernias typically affect adults. In most cases, they’re usually the result of an increase in pressure from inside the abdomen due to:

Why do hernias appear in this location?

All types of hernias are found in areas of “anatomical weakness.”

That means any areas where your anatomical walls are the weakest. This is what happens to the anterior abdominal wall, which is much weaker than the posterior wall.

An inguinal hernia is classified based on the relationship between your intestine and where it travels through the inguinal canal. They are classified as:

The intestinal loop crosses the floor of the inguinal canal, around the Hesselbach triangle.

The hernia can descend to the epigastric artery and won’t pass through the deep orifice of the inguinal canal. It’s located behind the cremaster muscle, but not involved with its fibers.

This type of hernia is commonly seen in elderly people.

This is the most frequent type of hernia, both in men and women. This hernia appears in the abdominal cavity through the deep inguinal orifice.

In this situation, the intestinal loop is lateral to the epigastric artery and the Hesselbach ligament. It accompanies the structures of the inguinal cord, inside the cremaster muscle.

In some men, the intestinal loop can appear within a testical, which is known as an inguinoscrotal hernia.

In most cases, patients wake up feeling fine. During the day, however, they start to notice discomfort when they exercise, cough, etc.

However, many patients can reduce their hernia on their own.

When a hernia is complicated, it is impossible to reduce it. In addition, the pain is usually very intense and may be accompanied by a fever.

Diagnosis is made through a simple physical exam, along with the patient’s clinical history. In fact, many times the patient arrives knowing that they have a hernia. Even so, for all patients with abdominal pain, it’s important to undergo an exam.

In light of the different diagnoses, it’s important to perform the exam along with tests for other causes of acute abdominal pain.

Surgical repair of a hernia is based on:

The surgical treatment for an inguinal hernia can be performed either through open surgery or laparoscopy.

The most commonly used open surgery techniques are hemoriography and hemioplasty.

On one hand, it reduces postoperative pain and recovery time, while having a more aesthetically pleasing result.

On the other hand, there’s a higher rate of complications, both intraoperatively and extra-operatively. It can also increase the rate of recurrence, cost more, and have unknown long-term side effects.

For these reasons, it’s still a controversial process with many proponents and detractors.

This is defined as when a hernia reappears in the same area. Depending on how it presents itself, it can be immediate or delayed.

Recurrence depends on a series of factors, some due to the patient and others due to the surgery.

Some dependent factors related to the patient include:

Dependent factors dependent on the surgery are:

Is it Possible to Treat a Hiatal Hernia?
The most important thing to remember about how to treat a hiatal hernia is that you have to address the causes and symptoms. Learn how to do that here! Read more »
Link copied!
Interesting Articles
Illnesses
Can Celiac Disease Cause Infertility?