Indications and Adverse Reactions for Desogestrel

Desogestrel is the therapeutic option for is contraception and women trying to avoid pregnancy should take it daily and without interruption. 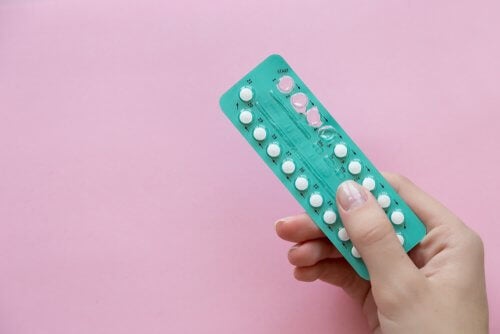 Desogestrel is a progestogen used for contraceptive purposes. Progesterone is the natural progestogen hormone, commonly secreted by the corpus luteum in the second phase of the menstrual cycle and by the placenta during pregnancy. In addition, the testicles and adrenal cortex also secrete small amounts of progesterone. But what are the indications and adverse reactions for Desogestrel? Stick around as we’ll tell you all about it below.

Desogestrel is the therapeutic option for contraception. There are two main types of oral contraceptives:

Currently, most oral contraceptive formulations use the isolated progestogen or desogestrel at a dose of 75 micrograms.

A woman taking Desogestrel should do so daily and without interruption. She should take the tablets every day at approximately the same time so that the interval between the two tablets is always 24 hours.

Similarly, she should take the first tablet on the first day of her menstruation. She should then take one tablet daily continuously, regardless of bleeding. She’ll need to start a new pack the day after she finishes the previous one.

This drug works primarily on the cervical mucus, which then becomes inhospitable for sperm. However, it doesn’t always prevent an ovum from maturing, which is the main action of combined pills.

Also, women who don’t tolerate estrogen and women who are breastfeeding can use Desogestrel, unlike the combined pill.

Possible side effects of Desogestrel

In addition, frequent adverse effects due to Desogestrel (affecting 1 in 10 women) are as follows:

You may be interested in: What You Should Know About the Birth Control Shot

The uncommon side effects are those that affect less than 1 in 100 women:

Some women report rare cases of skin problems and these affect less than 1 in 1000 women:

In addition to these adverse effects, there may be breast secretion and women have also described some cases of ectopic pregnancy — that is, a pregnancy that occurs outside the uterine cavity.

There are some adverse reactions to Desogestrel, and you should always follow your gynecologist’s instructions and keep in mind that you shouldn’t take Desogestrel if:

Link copied!
Interesting Articles
Medication
4 Types of Injections You Should Know About