The Incredible Mind of a Mature Woman

This article talks about the incredible mind of a mature woman and takes a look at how the female body and mind change after the age of forty. 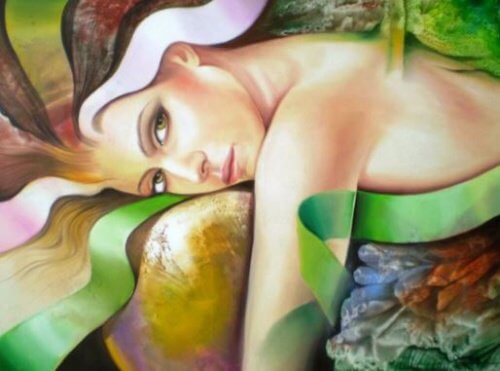 Sylvia is a 48-year-old mature woman who woke up one morning very determined.

Silvia was convinced that her husband thought too much of himself and that their relationship wasn’t going anywhere. She realized that she’d spent the better part of her life taking care of others. She was surrounding herself with people who only cared about themselves.

The fog keeping her from seeing what was just out of reach suddenly dissipated.

Somehow, something had changed, the strings of her heart had tightened. Paradoxically, Sylvia realized that for once, she needed to take care of herself.

She wanted to take advantage of her life, cut loose what wasn’t working, and tackle the real housekeeping of her day-to-day existence…

It was time for Silvia to move forward in life and become a truly mature woman.

The Mind of a Woman After 40

The mind of a woman after she turns 40 is like a time bomb that’s in its last hormonal cycle.

Every year of her life, a woman waters and fertilizes her neural connections. As a result, she has both newer and more important thoughts, emotions, and interests.

As you know, a woman’s brain changes constantly throughout her life. Her reality is typically not as stable as that of a man.

They say it’s as if the brain of a man were like a mountain because changes to its structure are almost impossible to perceive. However, the female mind is like the weather: changeable and difficult to predict.

If it can change so much in just a week, where might the hormonal roller coaster of life take a mature woman?

See also: The gift of being a woman after 40

The Wonderful Gift of Being a Mature Woman

Just like what happened to Sylvia, thousands of women begin to question their lives at this time.

This is because they want to reconcile their responsibilities without sacrificing themselves, their desires, and their concerns. To accomplish this, they begin to take risks that allow them to rediscover the path they left long ago.

That’s why it’s common for women of this age start to clarify their views. They may also feel more awake and active, and decide to resolve the situations and emotional demands of their life.

At a certain age, your reality will begin to change, making everything seem clearer and easier to take on.

The power that a woman can give herself over the years is something that Oprah Winfrey captured perfectly with these words:

“I’m amazed that at this age I’m still developing myself, looking for things within and outside of personal boundaries to clarify it. When I was 20 I thought there would be some magic age at which point I’d be an adult – maybe 35 – and my ‘adult life’ would be complete.

It’s funny how that number has changed over the years and how even at 40, I still felt like I wasn’t the adult I was sure I would be. Now my life expectations have exceeded any dream or hope I ever imagined, and I’m sure I’ll continue transforming in order to become what I have to be.”

What Happens to the Female Brain?

Hormones play an important role in the construction of your reality. This is because they influence how you perceive your experiences, values, and desires.

After a certain age, the influence of those hormones on your brain becomes more stable. This helps you highlight your priorities without interference.

Throughout life, the variable concentration of estrogen in the brain can make you focus on a wide range of emotions, communication, and empathy. That’s’ why we often make decisions that push us to understand things and to feel.

Estrogen stimulates both the mood and thoughts, impulses, sexuality, behavior, and well-being.

That’s how, according to neuro-psychiatrist Louann Brizendine, we form “many unique abilities. [These include] outstanding mental agility, the ability to engage deeply in friendship, an almost magical ability to read faces and tone of voice when it comes to emotions and moods, and a great ability to defuse conflicts.”

All this is to say that from your mid-40s, you begin your last trip on your emotional roller coaster. Thanks to those changes in your brain, you’ll begin to feel the need to be fair to yourself.

Your biological clock will trigger the necessary alarm in your brain to signal you to seek your own pleasure and benefit. It’s almost like forcing you to know yourself and grow through a blend of social and biological issues that you may have been neglecting or putting off.

In the mind of a woman like Sylvia, you’ll be able to see that those creative hormonal impulses are sending fewer modulations of estrogen and progesterone. As a result, the menstrual cycle begins to cease.

In this way, the machine of the mind becomes more precise and stable.

Afterwards, the amygdala (the center of your emotions) stops generating the fog that prevented you from seeing reality from an objective point of view. Similarly, the circuits that connect the regions where you process emotions (the amygdala and limbic systems) with the areas whose function it is to analyze and judge your decision making (prefrontal cortex) become more synchronized.

Thus, you’ll find that you act more consistently and predictable for yourself.

There’s no longer a disproportionate activation of these regions of the brain. Thus, most mature women become much more balanced and able to think clearly without so easily becoming overwhelmed.

Moreover, the secretion of dopamine and oxytocin regulates itself in the same way. This allows you to prioritize time for yourself.

In other words, a woman at this point in her life begins to marvel at her potential and connect with reality in a new way. It’s at this time when she hears the song of emotional freedom. She finds a new balance and a vital redefinition that will make her feel much fuller in life.

Thanks to the changes in her mind and body, she’s able to become a truly mature woman.

Three Benefits of Crying for Your Mind
We're born with this ability because there are a number of benefits of crying. Read this article to learn more about these benefits. Read more »
Link copied!
Interesting Articles
Healthy mind
Wu Wei, The Art of Solving Problems Effortlessly