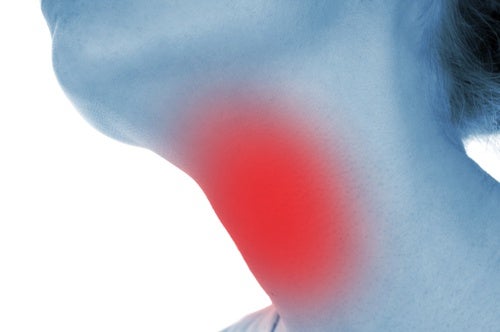 Hypothyroidism is an illness that affects the majority of women. It starts when the thyroid stops being as active as usual. Thus, it does not produce the amount of thyroid hormone the body needs.

The lack of hormones causes the unbalancing of the metabolism. This unbalance is followed by a series of adverse effects on a person’s health.

Hypothyroidism often turns into a chronic illness in which patients become obligated to take a daily pill of levothyroxine. That pill provides enough thyroxine for the body to be at normal levels.

The medical treatment, together with proper nutrition, can allow for a very acceptable quality of life to face each day with normalcy. In this article, we’ll present a series of advice on which medicinal herbs are helpful for treating hypothyroidism.

First of all, you must be aware of the symptoms of hypothyroidism. These are many and varied, but taken together are very clear.

This root acts as a very effective circulatory system stimulant in these cases, and it is essential for keeping the blood circulating. This is going to allow us to not only combat fatigue but also fight that feeling of coldness so characteristic of hypothyroidism. In addition, ginger is a great digestive aid, as are almost all bitter herbs.

It is an herb that is frequently used to combat the side effects of hypothyroidism. Hypericum is very efficient for those states of tiredness, depression, lack of desire, and apathy that this illness causes on occasion.

It is also referred to as “St. John’s wort”, and it is known as one of the best natural antidepressants that exists. You can take it as an infusion in the mornings, and you can also find it in natural stores in tablets. Its commercial name is “Hipericum”, and it is usual to take a daily tablet of 0.5 mg for one month.

Marine algae such as kelp or moss of Ireland are ideal for the thyroid. They provide iodine, which is fundamental for treating hypothyroidism.

Although they are generally used in foods, algae are still considered herbs. Remember, they are not used in all cases of hypothyroidism. On occasions, they are not suitable with the medications the patients are taking, and the body receives an excess of iodine, so it is necessary to consult with a physician first.

Hyperthyroidism is associated with constipation, so it is necessary to be able to regulate our intestines to avoid such problems.

Dandelion is an excellent ally in facilitating the movement, and it is enough to take as an infusion before each meal. You can take three dandelion buds and bring them to a boil in a pan of water for about 5 minutes, let rest, and drink little by little.

Cayenne tea can help blood circulation, alleviating the feeling of cold so common to hypothyroidism. In addition, it helps stimulate the body and does so very well if you drink it in the afternoon.

For this, prepare 1/4 teaspoon of powdered cayenne pepper, a tiny bit, even a pinch, and put it in a cup of boiling water, just enough for a cup. Let sit for a few minutes and drink it quite hot.

5 Tips to Reduce Hypothyroidism Problems During Pregnancy
The thyroid is a gland with multiple bodily functions, not only under normal conditions but also during pregnancy. It's a very important gland, which is why you should be aware of any kind of condition, such as hypothyroidism. Read more »
Link copied!
Interesting Articles
Medicinal plants
Nux Vomica: What You Need to Know