Hydromorphone - Uses and Side Effects

Hydromorphone is a morphine equivalent drug in terms of analgesic power and side effects. Continue reading to find out more about it. 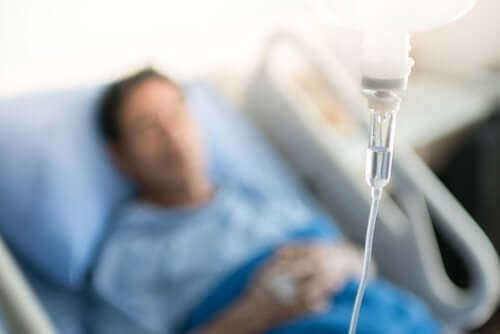 Hydromorphone is a semi-synthetic morphine-derived analgesic drug that’s 5 times more potent than opioids but has a shorter action.

This drug owes its analgesic action to the interaction with the μ opioid receptors, present in both the central nervous system and the smooth muscle.

Its route of administration can be both enteral and parenteral. The binding to μ receptors is the cause of both its analgesic effects and side effects.

Opioid analgesics comprise one of the strongest pillars of the pharmacological range for the treatment of moderate-severe pain. Especially when it comes to acute pain and pain derived from an oncological disease.

Clinical trials in the treatment of acute pain show that this medication has an analgesic equivalence similar to that of other opioids.

There have been evaluations with regard to its treatment of cancer pain and other opioids with different formulations. Researchers observed that it’s a morphine equivalent drug in terms of its analgesic power and its side effects.

Finally, there are still no controlled clinical trials that can provide scientific evidence as to the effectiveness of the use of hydromorphone in patients treated for chronic non-cancer pain.

A little history of hydromorphone

As you can see, hydromorphone is a semi-synthetic drug derived from morphine. Scientists synthesized it in Germany in 1921. The first results about its clinical effectiveness came out in 1926. However, it wasn’t until 1981 when they did various pharmacokinetic and pharmacodynamic studies about the properties of this molecule.

Pharmaceutical companies market this kind of medication under different brands, presentations, and doses. The immediate-release preparations aren’t available in some countries.

How does hydromorphone work in our bodies?

Hydromorphone is a potent agonist of the μ opioid receptors. And, like the other types of opioid receptors, these pair up with the G proteins and act as modulators – both positive and negative. These are mainly of the synaptic transmission that takes place through this protein.

Hydromorphone neither alters the pain threshold of nerve endings nor affects the transmission of impulses along the peripheral nerves.

The analgesia produced is due to the changes it produces in the perception of pain at the spinal level when joining the aforementioned receptors. This medication, like other opiates, has a very high analgesic power.

You may also be interested in reading: What are the Health Benefits of Acupuncture?

Side effects of hydromorphone

Hydromorphone, like all medications sold on the market, isn’t exempt from producing all sorts of side effects.

Among the most frequent side effects observed in patients treated with this medication we can mention the following:

As for the serious side effects associated with this drug, they include respiratory depression and apnea, together with circulatory collapse, shock, and respiratory and cardiac arrest.

Even though hydromorphone has analgesic and pharmacological characteristics, and its side effects are similar to those of morphine, there are still controversies regarding the doses between these two medications and between enteral and parenteral doses.

Currently, there isn’t a lot of published data on the quality of the role of hydromorphone in the treatment of chronic pain that originates in an oncological disease. Thus, there should be more research in this area and clinical trials will continue studying the effects of hydromorphone in these types of patients.

What Are Prescription Opioids and What Are They For?
Doctors sometimes prescribe prescription opioids because they're strong painkillers. The best-known form is morphine, but there are many others. Read more »
Link copied!
Interesting Articles
Medication
Characteristics and Uses of Flumazenil