What is Huntington’s Disease?

Huntington’s Disease is a fatal brain disorder that still has no cure. 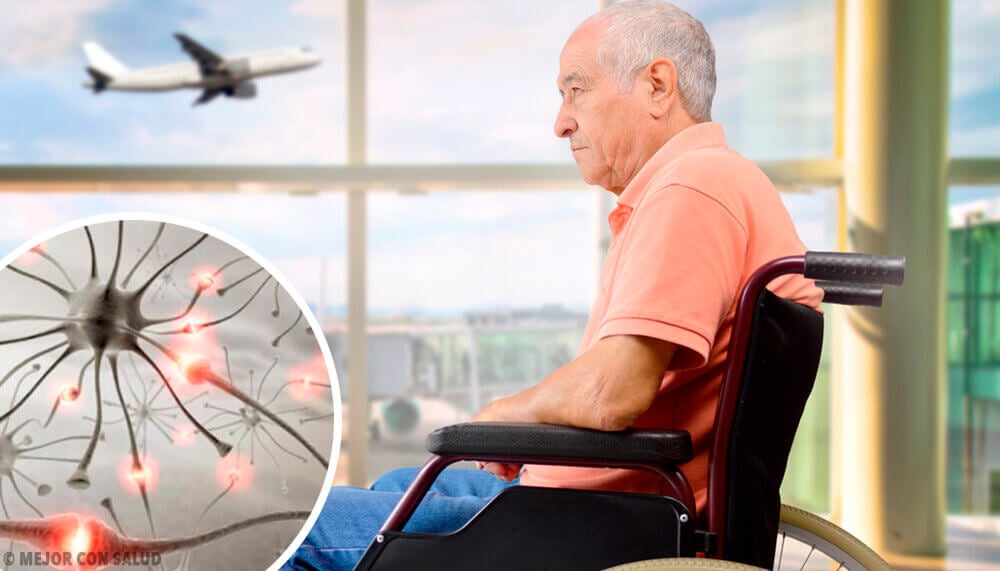 Huntington’s Disease is a inherited neurodegenerative disorder that’s characterized by certain motor, cognitive and psychiatric symptoms. It usually occurs in people who are in their 30’s or 40’s, and it progresses until death.

Huntington’s Disease is also known as “Huntington’s Chorea.” The name refers to the common motor changes, or chorea movements, that result from the disease.

How is Huntington’s passed down?

Huntington’s Disease is inherited in an autosomal dominant manner. In other words, the defective gene is “stronger” than the normal one. As a result, inheritors only need one defective copy from one of the two progenitors in order to develop the disease.

On another note, the term “autosome” informs us that the defect isn’t on the sexual chromosomes. On the contrary, the genetic alteration responsible for the disease is on chromosome 4. To understand it better, consider the following example:

Between a couple made of a man with Huntington’s and a woman without the disease, imagine that she has two copies of the normal gene while he has at least one defective gene.

What would happen if they have a child?

In Huntington’s Disease, the penetrance is close to 95%. This means that nearly all of the people who have the defective allele will develop the symptoms.

The disease stems from a CAG trinucleotide repeat expansion in the Huntington’s gene, which is located on chromosome 4.

In most cases, 39 copies or more are reproduced, which is an indication of the disease.

The abnormality mutates the Huntington protein. This protein causes both direct and indirect neurological damage.

Normally, the disease appears in people between 30 and 40 years of age. However, there are cases in which the disease develops during a person’s childhood or youth. On the other side of the spectrum, there have been cases where Huntington’s developed in the people older than 55.

In short, the age in which the first symptoms start to show many vary.

Huntington’s Chorea evolves slowly but inexorable towards death. During its progression, certain symptoms may show more than others according to the patient.

The first clinical signs aren’t especially obvious. Signs include insomnia, fidgeting, anxiety and even small changes in behavior. Erratic hand and feet movements (repetitively hitting objects) and shaking are also a common sign in the initial stages of disease.

Progression of the disease

As Huntington’s advances, motor symptoms become more and more pronounced in addition to being harder to control.

In addition to these problems, there are also cognitive and psychiatric changes to consider. The former, cognitive changes, can result in alterations in diverse functions. Among other problems are the following:

Finally, psychiatric disorders are almost always present. These can appear even before the first signs of the disease. Among the problems, anxiety and depression are commonly linked to the progression of the disease. Patients might also show phases of psychosis and apathy.

Final stage of the disease

In the final stage of Huntington’s Disease, patients lose all functionality. In its last stages, patients need 24 hour care. At this stage, patients are incapable of communicating or thinking, excluding brief moments of sanity.

As Huntington’s fully develops, chorea tends to subside and patients instead show rigidness and bradykinesia. They need help with feeding themselves and must use urinary catheters in addition to other  things to do daily activities.

This is also in this stage that the risk of aspiration pneumonia is high. Normally, death results from the complications derived from the disease or by suicide.

Visit this article: What You Need to Know about Multiple Sclerosis

Diagnosing Huntington’s, just as it is the case with other diseases, needs to be done by speaking directing to the patient with a physical exam (as well as a detailed neurological exam). At the same time, the doctor should review the patient’s medical history, especially his/her family history.

Additionally, a psychiatric exam is also necessary. The exam will help the doctor examine the patient’s psycho-emotional state in more depth and determine the possible problems.

In some cases, the patient will also need to undergo a genetic test, such as in the case of showing common motor signs of the disease. The doctor should explain the results to the patient and to their family as well, given the implications.

Currently, there is no existing treatment that cures the disease. Treatment aims to treat the signs and improve the quality of life for both the patients and their families and caregivers. With this objective, it’s essential that all the patient’s family members and caregivers receive psychological support.

In order to treat the movement problems, pharmaceutical drugs such as tetrabenazine are used in treatment. These drugs reduce choreic movements; however, they can worsen psychiatric disorders. With regards to treating the patient’s psyco-emotional state, treatments can include the following drugs:

Additionally, other pharmaceutical drugs, such as haloperidol, also might be an option for treating movement problems.

In the last 20 years, there have been nearly 100 clinical tests using more than 49 different active ingredients in treatment. However, less than 4% of these tests showed promising results.

As of now, the most promising results come from therapies that target the DNA or RNA of the mutant protein that the disease generates.

What to Eat to Improve Your Memory and Tips to Stimulate Your Brain
Your mental health is very closely related to what you eat. Eat foods that stimulate your brain and watch your lifestyle and things you do everyday to enhance your memory. Read more »
Link copied!
Interesting Articles
Illnesses
What Are Autoinflammatory Diseases?