How You Can Solve Your Relationship Problems 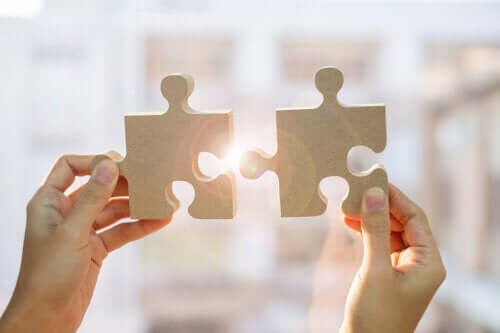 Sometimes, you may find it hard to solve your relationship problems. However, this doesn’t mean that you should give up and feel bad because the “end” of the relationship is near.

Many people have relationship problems for many different reasons. And while some talk about them with people they trust or directly with experts in different areas, others don’t dare to talk about them to fix them, because they believe they don’t know how to do it or because they’re afraid that things will get worse.

Has this happened to you? Are you having a hard time talking to your partner about something that makes you uncomfortable? Do you have a problem and would like to solve it but don’t know how to?

To help you a little, below we’ll share a case with you as well as some keys that can help you solve your relationship problems. However, you should bear in mind that you may need to consult a specialist in some cases.

What are the most common relationship problems?

As we mentioned above, there are several reasons why a couple can have problems. Some of the most common are the following:

Along with mistrust and lack of respect for your partner’s privacy or intimacy, jealousy is one of the most common relationship problems. It usually stems not only from poor communication but also from self-esteem problems and cognitive distortions. It’s advisable to address these problems with professional help.

Lack of empathy, passive-aggressiveness, manipulation, and other very unassertive behaviors can damage a relationship, frequently causing conflicts and discomfort in both partners.

On the other hand, avoiding talking about certain topics to “avoid conflict” can be counterproductive, since it prolongs the issue instead of solving it. Although avoiding certain topics may seem like a good strategy at first, in reality, all it does is keep both of you from talking, reaching common ground, and normalizing the fact that you have to communicate to maintain a healthy relationship.

Spending too much or not enough time together

As the famous proverb says, too much of anything is good for nothing. In this sense, if two people don’t have enough time to be together due to excessive responsibilities, this can cause various problems in their relationship. For example, one of the partners may come to consider that they aren’t a priority in their partner’s lives and that they’ve pushed them to the back burner.

On the other hand, when two people spend too much time together, they can also have problems because they don’t give themselves the personal space they need to function on their own and spend some time on their hobbies and projects, etc.

A couple can also have cohabitation issues to a greater or lesser extent. Generally, these revolve around the division of chores, home maintenance, pet care, and child-rearing or parenting. However, they can also arise due to a move and other events.

By talking about what’s uncomfortable and always trying to reach an agreement, it’s possible to overcome problems related to house chores, for example.

Read on to learn more: Healing When Your Relationship is Falling Apart

Lack of a common life project

Lack of vision or a joint life project to work as a team to achieve can also cause relationship problems because they lead to great uncertainty, as well as instability and multiple concerns.

In fact, there also may be some inequality in the approach or strategy. For example, one of the two partners may avoid talking about the subject because they think it’s “too soon,” while the other is anxious to further consolidate the relationship and at least have a general outline of the possibilities.

Other of the most common relationship problems are sex-related. Communication tends to play a role here, as well.

If you don’t openly talk about vulnerabilities, concerns, or even fantasies, preferences, and the desire to experiment, stimulate the G-spot, or perhaps even try some sex toys and games, you may grow apart as a couple and several different conflicts can emerge.

Also, sexual incompatibilities must be addressed. Otherwise, you won’t be able to reach common ground and solve them. For this, you should consider resorting to an expert.

Can sex solve your relationship problems?

In some television series and movies, some of the characters jokes about that, when faced with certain problems, the best way to solve them is with good sex. For this reason, many people have copied this behavior.

But is this really the best way to solve your relationship problems?

Definitely not. It isn’t convenient to apply the same measure for every one of the problems that may arise in your relationship.

While it’s true that sexual activity can make you feel closer to each other and release tension, it doesn’t actually solve issues. In fact, it can become a band-aid that does nothing more than prolonging the discomfort.

However, when your issues are sex-related, then the solution may lie there. If this is your case, you can consult a psychologist or sexologist.

This article may interest you: 5 Behaviors that Predict Failure in a Relationship

Communication, the pillar that will help you solve your relationship problems

Although sex can be a valid complement in some cases, it isn’t the solution to all your relationship problems. Therefore, you should always prioritize good communication, as it’ll allow you to strengthen and nurture your relationship and improve other aspects, such as cohabitation (and even sex!).

Communication plays a fundamental role when it comes to addressing and solving problems, whether with a partner or of any other nature. It allows you to address concerns and also find a common ground in which both of you can feel comfortable.

Try these tips out!

Setting Limits for Healthy Relationships
Setting limits is a fundamental part of any healthy relationship. What's more, it's an act of respect towards yourself and the other person. Read more »
Link copied!
Interesting Articles
Conflicts
How to Help a Woman who Has Been Abused