By combining the properties of honey and onions in a single remedy, you can strengthen your defenses and relieve coughs and other related discomforts. 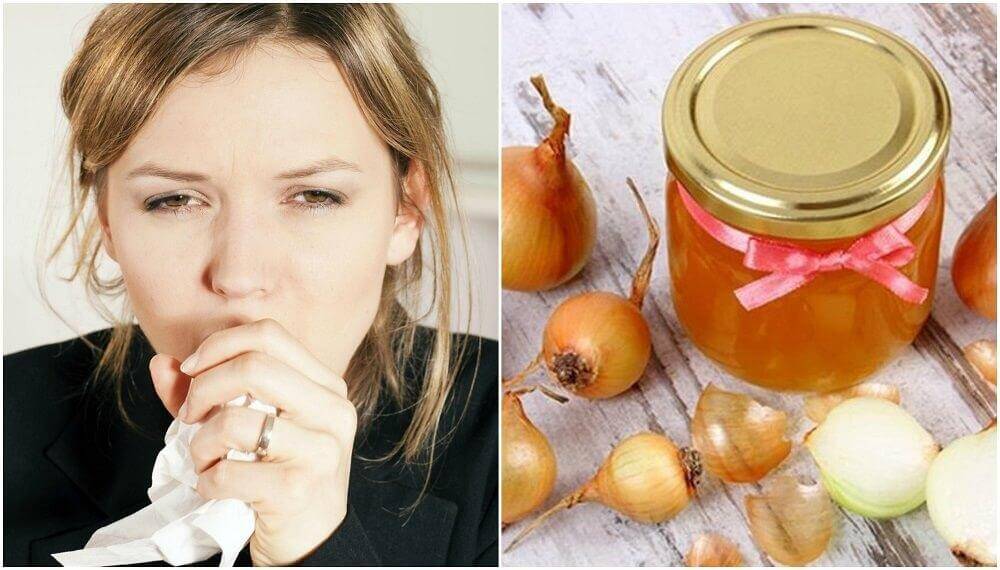 Coughing is one of the defense mechanisms that the immune system activates when it notices the presence of foreign substances or pathogens that interfere with respiratory health.

But do you know how to calm a cough?

Coughing is characterized by an explosive flush of air from the lungs. It’s generally accompanied by respiratory irritation and phlegm.

It’s not a disease, but it originates as a symptom of respiratory tract infections, including common colds and bronchitis.

While coughing is very common and can accelerate the recovery process, many prefer to treat it to reduce its severity.

Fortunately, besides cough syrups and pharmacological remedies, there are also 100% natural recipes that help relieve coughing.

Among these is a honey and onion medicinal preparation that enhances expectoration and strengthens the immune system.

Do you want to try it out?

Honey and Onion Medicinal Preparation to Calm a Cough

The honey and onion medicinal mixture is an old treatment used to clear the airways. Due to its great effect, it’s used as a supplement to reduce chronic coughing and congestion.

Also, its mucolytic and expectorating compounds help eliminate excess phlegm that obstructs the airway. In turn, they moisturize the throat and reduce bronchi irritation.

The Benefits of Honey

Thanks to its antibiotic and antiviral effect, honey is one of the natural ingredients that has been used as an alternative against infections that affect lung health.

We recommend that you read: Fight Phlegm With This Honey Carrot Syrup

The Benefits of Onions

Onions are a traditional ingredient in the treatment of respiratory diseases. Their high essential nutrient content strengthen the defenses and help stop the attack of infectious microorganisms.

See also: Calm Your Cough Naturally with These 5 Homemade Expectorants

How to Make This Honey and Onion Medicinal Preparation

This medicinal preparation is suitable for both adults and children. It doesn’t contain chemicals and it’s ingredients don’t hurt the digestive system.

Also, it’s both indicated to control coughing spells and is also a remedy to strengthen the defenses and prevent infection.

How to Take the Preparation

You should take into account that, although it has soothing effects, this remedy doesn’t provide immediate effects. Take it continuously for good results.

There are many factors that can trigger coughing. For this reason, if the symptom persists or worsens, you should see your doctor to discuss what might be causing it.

3 Cough Syrup Remedies to Make at Home
This articles gives 3 recipes for cough syrups to alleviate symptoms of colds, allergies an flu. They are easily made out of ingredients found in the home. Read more »
Link copied!
Interesting Articles
Medicinal plants
Oregano Essential Oil for Cold Relief